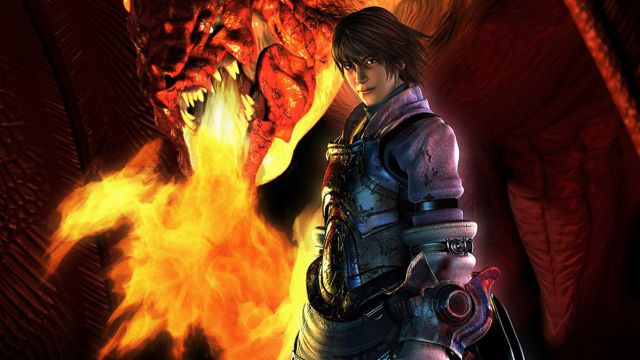 Drakengard: Dragons, incestuous loves and giant babies. Two weeks after NieR’s return, we delve into the disturbing alternate endings of her predecessor.Ah, Drakengard. Interesting case where there are. The original installment of this saga was successful enough to receive not one, but two sequels, but it was the continuation of a spin-off that truly catapulted the series and its director to stardom. Four years after the launch of Automata, there are few players who are not familiar with NieR and with Yoko Taro, always hidden creative, lowers a mask with the face of one of his characters. The Automata itself already accumulates more than 5 million copies sold, and its protagonists have made the leap to games like Final Fantasy XIV or Soul Calibur VI. Aware of the potential, Square Enix has also looked back and recovered its immediate predecessor, NieR Replicant, which will shortly return improved and expanded to PS4, One and PC.

But what about Drakengard? Since its premiere in 2003 (2004 for Europe), this PlayStation 2 game has not enjoyed any relaunch and has been relegated to an asterisk that accompanies the explanations about NieR. Even those who haven’t played it – the majority – know that these games connect in some way. That they are part of the same series although their names do not say it in a manifest way. But for many, the story is there. So today, just two weeks after the return of NieR, we have proposed to shift the focus to Drakengard for a few minutes to explain its gestation, its operation and its collection of ghoulish final. Because there’s no better way to pave the way for Replicant than to understand the reason behind all of his follies. Hold on, curves are coming.

Interestingly, Drakengard’s story begins without Yoko Taro’s or Square’s involvement. At the turn of the century, and after participating in the original Ace Combat trilogy, Takuya Iwasaki found himself at a party with Enix’s Takamasa Shiba and proposed an idea for an air battle game with dragons. The concept was liked by Enix and received the green light to be developed by Cavia, a new studio that Iwasaki went to after his stay at Namco. In fact, several of the Cavia members had been working at that company, including a Yoko Taro who initially joined Project Dragonsphere as artistic director.

However, Cavia was a young studio and trying to get off the ground running multiple games in parallel, so Iwasaki ended up handing over command to Taro to focus on Resident Evil: Dead Aim. It would, of course, be a half direction, since Cavia had freedom with the argument, but Enix imposed quite a few requirements in terms of gameplay and content: as a result of the success of Dynasty Warriors 2, Shiba also ordered the addition of key levels of Musou, where the protagonist could face hundreds of enemies at ground level. A mandate that considerably complicated the development, since the team had no experience with that kind of combat, although it did serve to light a light bulb in Taro’s head.

The tip of the iceberg

In September 2003, upon its Japanese release, the game sported the name Drag-On Dragoon and was one of the first released under the Square Enix label already post-merger. In terms of sales, the start-up was successful, managing to place almost 250,000 copies on the market before the end of the year. Shiba was right and players were drawn to his combination of aerial combat with massive battles. When it came to playing it, however, Drakengard was not so convincing. The flight phases were compliant and, while not quite rivaling the Panzer Dragoon, they offered a show and reasonably good control thanks to free movement, 180-degree turns, semi-assisted aiming, and the ability to store and unload powerful special attacks. that destroyed almost everything on screen.

At ground level, however, there were few redeemable qualities. The camera could not be rotated freely and was a constant obstacle to action; the combat was too simple (Square, Square, Square … Triangle); the popping of enemies, excessive; the radar, marginally functional, forcing to unfold the map —and stop the game— to locate objectives. The variety of these was also conspicuous by its absence and, although the battles offered a good dose of blood and the satisfaction of being able to ride on the dragon to unleash showers of fire on the enemies in most of the terrestrial levels, the game was monotonous. long before reaching the credits. From time to time, he would also introduce some Diablo-style isometric sections, but they were so short and straightforward that they hardly deserve more attention than this phrase already received.

However, something attractive, almost hypnotic, could be found as we plunged into Drakengard. The soundtrack, composed by Nobuyoshi Sano and Takayuki Aihara (both with previous experience in Namco sagas such as Ridge Racer or Tekken) had been recorded with a real orchestra and exuded a certain majesty, but was cut and remixed to insist on short and aggressive loops ( with an abundance of brass instruments), reinforcing repetition and inducing the most suggestible player into a kind of feverish delirium. It was erratic and distorted. It didn’t sound like the music from any other game. But it fit Drakengard for vindicating both its drab and gritty nature as a video game, as well as the protagonist’s obvious disconnect with his humanity. So let’s talk about Caim.

Although assisted by screenwriter Sawako Natori (also partially responsible for NieR) in the writing duties, Caim’s characterization was Yoko Taro’s response to the imposition of the Musou component. For him, there was something inherently dissonant about the idea of ​​a protagonist ending hundreds of lives without paying a severe psychological toll. For the player it is just a game, a virtual environment created for fun because the actions have no repercussions outside of him. But Taro was concerned with internal logic, with delving into what kind of “hero” could carry out prolonged kills, how he would be perceived by his surroundings and where it would end up taking him a path literally laid out in blood.

The funny thing about it is that Caim himself barely had time to talk about it: after being seriously injured during the opening sequence, he found a dragon also on the brink of death and offered her a pact to intertwine their souls and ensure survival. . This encounter, in addition to justifying the playable duality of Drakengard, served to establish the murder of Caim’s parents at the hands of another dragon; the impulse that, despite this, pushed him to make a pact for life with someone of the same species just to keep fighting; and also the first consequence, since he lost his voice and had to use the dragon herself – with whom he shared a telepathic link – to communicate with others.

From that moment on, the player was limited to fulfilling missions as in a Panzer Dragoon or a Dynasty Warriors, but the string of violent acts were commented on by the dragon or other secondary characters, often horrified by Caim’s ability to chain thousands of murders without hesitation. Although the initial objective was more than reasonable (to save her sister Furiae from an empire that wanted to sacrifice her to summon beings from another plane, the custodians), along the way the line became more blurred, something taken to an almost comical extreme during the mission in which child soldiers faced us: despite the mercy requested by both them and one of our companions, the player had to kill them all to progress.

How can Destiny 2 Champion mods be made independent of seasonal...

Army of Thieves, the prequel to Army of the Dead, shows...