Home Celebrity Drake openly mocks an NBA star in the middle of a match! 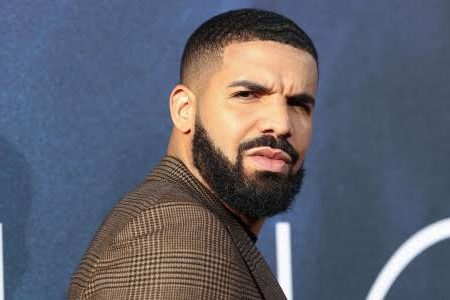 Drake is a big fan of Toronto in the NBA. Monday, November 25, he attended the match between the Raptors and Philadelphia. He took the opportunity to chamber one of the players.

Drake provides the show wherever he goes. On stage or on the floors of NBA, the singer knows how to be noticed. Born in Toronto, he is a big fan of the Raptors, the club of his city. He was able to enjoy one of the most beautiful moments of his life to support. Indeed, the club won its first NBA title a few months ago after a nice final against the Golden State Warriors Stephen Curry.

Drake misses almost no match of his team. On Monday, Toronto played Philadelphia at the Scotiabank Arena. The Philadelphia Sixers lost 96 to 101. Their pivot, Joel Embiid is no stranger to this defeat. Indeed, the player has released the worst match of his career. As a bonus, he received Drake’s mockery.

DRAKE PAYS A PLAYER FROM THE NBA IN FULL MATCH, WITHOUT PRESSURE!
Yesterday, Joel Embiid scored no points in 32 minutes. He posted a terrible 0/11 on his attempts at shooting. Drake then trolled the pivot without any qualms. While Emiid was sitting on the edge of the floor, the singer stood up and shouted “MVP MVP”. The MVP rewarding the best player of the season, we easily distinguish the 2nd degree of his words.

But not sure that having the singer in his camp is a chance either. Indeed, he is considered a black cat. These last month Drake took a lot of pictures with footballers. Once the clichés were published, the team of the athlete in question lost each time. This happened among others with Kurzawa and PSG. The AS Roma team had even banned their players from “taking a picture with Drake until the end of the season” with a humorous tweet. But the fate seems to have turned since the title of the Raptors. Watch the video of Drake making fun of Embiid right here: