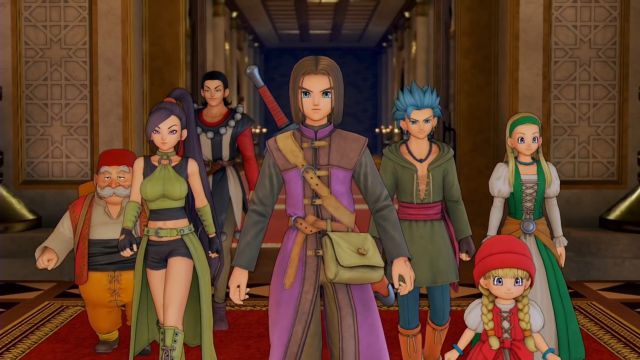 These numbers encompass both the original version, which came out for PS4 and PC (and Nintendo 3DS, but only in the Japanese market), as well as the Definitive Edition versions, which also added new platforms such as Nintendo Switch or Xbox One. Subscribers to Xbox Game Pass can also enjoy the video game through the service, so it is a good time to travel to the fantasy and role-playing world that Square Enix has drawn.

Dragon Ques XI was well received by critics and players alike. In the line of previous products in the saga, this installment makes use of the designs of Akira Toriyama, the creator of Dragon Ball. Playable, we are facing a classic turn-based video game, adapted, yes, to modern times.

The most powerful announcement has been Dragon Quest XII: The Flames of Fate, a game that has been shown through a teaser trailer in a dark tone. In fact, the Japanese have reported that it will be a more mature and darker title. The playable system will implement decisions that will have importance in the development of the story. They also plan changes to the combat system. The twelfth installment will be built on the Unreal Engine 5 graphics engine.

Android Auto no longer works on phones, but there is an...