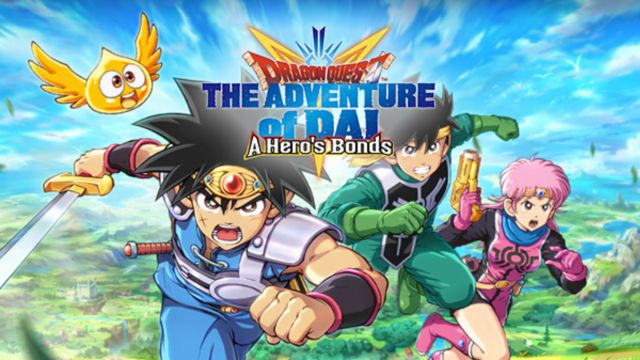 Square Enix Confirms Launch of DeNA’s Action RPG on IOS and Android Phones; the pre-registrations from Google Play are already there.

Square Enix has confirmed that Dragon Quest The Adventure of Dai: A Hero’s Bonds is coming to the West. The video game for iOS and Android mobile devices based on the recent new anime of the saga will be available beyond Japan, an action RPG developed by DeNA with its own story mode, 3v3 combat in three dimensions, a multitude of characters, equipment and abilities. Pre-registrations are now open on Google Play for the future closed beta.

Dragon Quest The Adventure of Dai: A Hero’s Bonds was originally announced in May 2020 in Japan, where it is known as Dragon Quest The Adventure of Dai: Tamashii no Kizuna; Now we know that its premiere will take place in these lands at some point in 2021, according to the official web portal, from which we can anticipate some details of its gameplay. Also a trailer with gameplay sequences, released at dawn this Tuesday from the official Twitter account dedicated to the video game.

“In a world racked by the forces of evil, a swordsman and his companions set out to defeat Hadlar, the Dark Lord. Many years have passed since The Hero restored peace to earth… ”reads the game’s synopsis. We will be in charge of embodying Dai, the protagonist, who will have to fulfill the promise of his mentor on his path of the hero, making friends along the way and reinforcing his skills in order to defeat the evils that plague the region. We are facing a free-to-play (free with integrated purchases), and it will have languages ​​such as English, French, Japanese and traditional Chinese; the beta will only be in English.