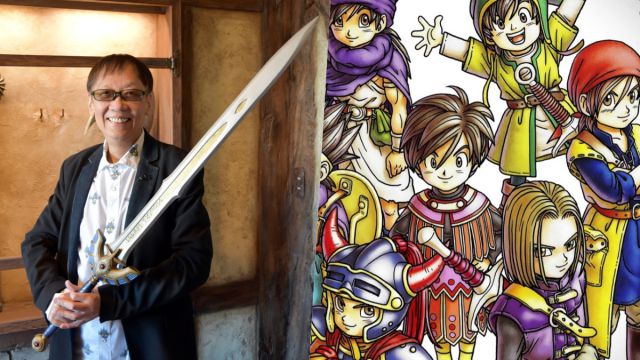 Dragon Quest: Yuji Horii continues to be linked to Square Enix and his saga, which will be expanded with the twelfth installment soon. Dragon Quest XII: The Flames of Fates is already in development with Yuji Horii at the helm. The 68-year-old creator of the saga developed his first video game for Enix in the early 1980s. Almost four decades later, the creator continues to work within Square Enix. Now, he has received a new recognition: the Lifetime Achievement Award (for his entire career) awarded during the 22nd edition of the Game Developers Choice Awards.

This award recognizes the career and achievements of developers who have managed to influence “video game development as a whole.”

“Hello, Yuji Horii over here. Thank you very much for choosing me to receive the prestigious GDC Lifetime Achievement Award”, said the developer. “When I was little I loved reading manga, and in middle school and high school I dreamed of becoming a manga author. In college I joined the manga club and drew my own comic, helped by artists and their manuscripts, as well as illustrations and magazine articles. Even after graduating, I worked for a while as a freelance writer. But then something happened that changed everything, the arrival of computers.”

The developer remembers that the first time he read about computers was in a newspaper article. He was fascinated and bought one immediately. Later, he learned code and started making his own games for fun. “Turns out Enix, now Square Enix, ran a programming contest around that time. I submitted one of my games and won. This is how my career in the industry began, which has continued for almost 40 years.”

He triumphed in the tournament with an action game, but he admits that at that time he liked adventures more. “One of the great things about computers is their interactive nature,” he continues. “You just need to imagine what the player is going to do and then program the systems to react to it. I also love RPGs like Wizardry or Ultima, where the gameplay follows the lines of the narrative. So I made my own version, Dragon Quest.”

For Horii, “Dragon Quest is like a manga”, because the story unfolds through “short conversations”. It’s like “a manga that you play on your computer”. The veteran developer recalls that they are still working on Dragon Quest XII (and other games) and that he hopes players will enjoy it as much as the most recent installment, Dragon Quest XI.

Nintendo is “constantly thinking of ideas for new consoles”

Pregnant “Dancing with the Stars” pro Jenna Johnson: what’s in my...