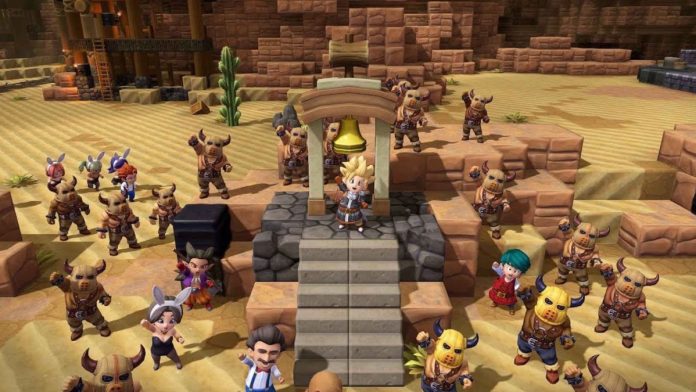 Dragon Quest Builders 2 : Once again, the Microsoft Store has leaked the information ahead of time, which also reveals its arrival on Xbox Game Pass.Dragon Quest Builders 2 went on sale in mid-2019 on PS4 and Nintendo Switch, while the PC version did so a few months later. The video game has not been officially announced for Xbox One, but Microsoft Store, which in recent months has leaked some information about third-party projects before they are made public, has uploaded the page of the video game to its store. According to the data that appears, the Square Enix game will be released on Xbox consoles on May 4.

Although the version available for purchase can be purchased for 49.99 euros, Xbox Game Pass subscribers will have the possibility to enjoy it soon, always in accordance with this information. In this way, the role-playing and construction adventure of the popular Square Enix saga can also be played on Xbox One, Xbox Series X and Xbox Series S. At the moment, the Japanese company has not commented on the matter.

Dragon Quest Builders 2 follows the Minecraft-type game scheme, that is, it allows the player to build with blocks. However, the title introduces a story and an RPG component more similar to that of the classics. Among the names that have worked on the project are its original creator, Yuji Horii, mangaka Akira Toriyama, and veteran composer Koichi Sugiyama, author of the main theme for Dragon Quest.

The goal is to become the master builder. Players will have the ability to customize their character and travel through a fantasy world in the company of the mysterious Malroth. In addition, it is possible to collaborate with friends to build thanks to the online modalities. The story, for its part, is not linked to the original game, so it is not necessary to complete the first installment.

Rainbow Six: Siege will feature items from the Rick and Morty...