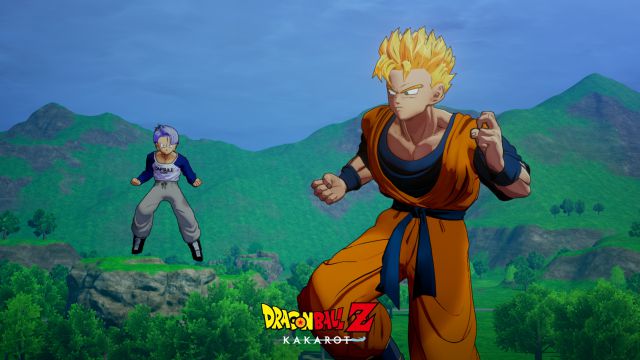 Dragon Ball Z: Kakarot, The creators of Naruto Shipudden: Ultimate Ninja Storm are the developers of this RPG based on the Akira Toriyama saga.The story of Goku and his friends continues to be told in Dragon Ball Z: Kakarot, an RPG that encompasses the entire history of the saga from the invasion of the Saiyans to the resurrection of the fearsome monster Bu. The video game has been expanded through two paid downloadable content, but the season pass also introduces a third DLC. It’s about Trunks: The Warrior of Hope, which will take us to a different future without Son Goku. Through the official Bandai Namco account, the Japanese company has distributed new images.

In addition to the screenshots, in which we can see Androids 17 and 18, Son Gohan, Trunks and other characters, Bandai Namco has confirmed a new mechanic. This is Android Assault !, which will invite us to avoid and destroy the drones that patrol the area before they raise the alarm and call for reinforcements. This new DLC does not have a specific date yet, although it has been confirmed that it will be released in early summer.

In the Dragon Ball story, Trunks from the future managed to use the time machine that his mother had built to try to warn Goku, Vegeta and company of the dangers that were to come. In their reality, Androids 17 and 18 not only wreaked havoc, they were able to defeat almost every warrior. After Goku’s death from a heart attack, only Son Gohan and Trunks remain to face these fearsome enemies. Can they defeat them? Now it all depends on the player.

Dragon Ball Z: Kakarot is available on PS4, Xbox One, and PC. Of course, it is also backward compatible with PS5, Xbox Series X, and Xbox Series S. After releasing this new downloadable content there are no announced plans for more additional content.