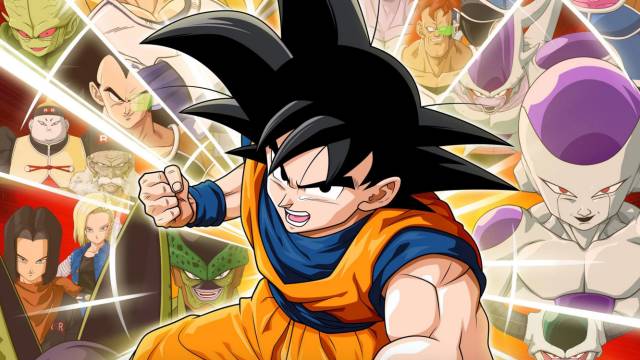 Dragon Ball Z: The CyberConnect title will be released on Nintendo Switch this year with all the contents of the original game. This is what the epic adventure in the hybrid looks like. Dragon Ball Z Kakarot + A New Power Awakens will arrive on Nintendo Switch this September 24, 2021. Nintendo has confirmed during the Nintendo Direct of E3 2021 that the celebrated title of CyberConnect2 and Bandai Namco Entertainment will land on the hybrid console with a port that will include the original game and downloadable content. You can see his presentation trailer at the beginning of this news.

The game will be compatible with portable mode and on television, with a sensitive graphic cut compared to the PS4, Xbox One and PC versions of last year. In our original analysis we ended up very satisfied with its result: “Dragon Ball Z Kakarot shows a special affection towards the work of Akira Toriyama that we have rarely seen with such care and meticulousness. The development of the story, exploring forgotten details in the games, delving into important moments, recreating them with extreme fidelity and imagining many others that we never saw but dreamed of, is worth mentioning ”.

That Nintendo Switch is a console with extraordinary sales is something that does not surprise anyone at this point. With more than 84.59 million units sold in just four years, the Kyoto firm is aware of the importance of extending the success of the platform as much as possible. “I always say that Nintendo Switch is approximately in the middle of its life cycle,” he explained last February, on the occasion of the presentation of the financial results on December 31, 2020, where he also referred to this stage as the equator in Switch life. “We are able to offer a wide variety of different games because the Switch is both a home and handheld console, but there is a lot we can continue to do in the years to come,” he stated.

The future of Nintendo Switch happens, in this fiscal year, to dispatch no less than 25.50 million consoles, a challenge that will be supported by the premiere of video games such as Mario Golf: Super Rush on June 25; The Legend of Zelda: Skyward Sword HD on July 16; No More Heroes 3 on August 27; Pokémon Shiny Diamond and Shimmering Pearl this November 19; Pokémon Legends: Arceus on January 28, 2022; or others like Splatoon 3 and Project TRIANGLE STRATEGY sometime in 2022.

E3 2021 is ending, but our coverage continues. From MeritStation we offer you an extensive repertoire of videos, summaries, news and advances of everything announced at the fair. You can access said content through this link.