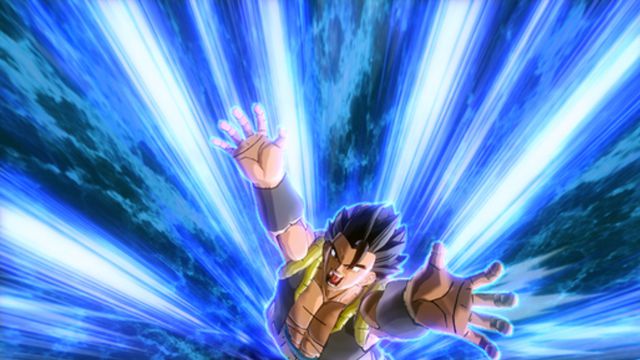 Dragon Ball Xenoverse 2: The game developed by Dimps for Bandai Namco receives the version of Gogeta that we saw in the Broly movie.Jiren Full Power is not the last downloadable character that we will see in Dragon Ball Xenoverse 2, a video game that has been active since 2016 and it seems that he has not yet said the last word about him. Through the official page of the saga, Bandai Namco has announced who will be the next fighter who will join the battle. This is Gogeta, specifically the version of the character that we saw in Dragon Ball Super: Broly.

“It comes straight from the movie Dragon Ball Super: Broly, the debut of the black-haired Gogeta in Xenoverse 2 has been confirmed!” In addition to being able to unleash a furious barrage of kicks and swift combos, he can also become a Super Saiyan, as shown in the images.

Additionally, there will be a new free raid featuring both Gogeta and Jiren Full Power, as well as a second raid starring Fu. Both Gogeta and Jiren will receive their own free Hero Colosseum figurines, while adding new stamps and frames for photo mode, also free of charge. Finally, players will be able to dress up in the Bergamo’s Attire skin at no additional cost. “Bergamo is a warrior from Universe 9” that appeared in the Dragon Ball Super anime.

Dragon Ball Xenoverse 2 is available on PS4, PS5, Xbox One, Xbox Series X, Xbox Series S, Nintendo Switch, PC, and Google Stadia. The base game has grown through different content that have been distributed as DLC packs over the years, although the characters can be purchased separately.

The Walking Dead 11×2: Episode Will Have Tension Between Mercer and...