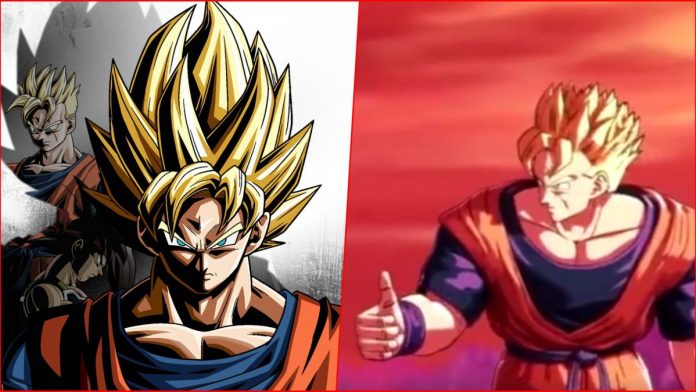 Legendary Pack 1 has allowed us to see the Kamehameha scene between Goku Blue and Future Gohan in Dragon Ball Xenoverse 2. So they fight together.

Dragon Ball Xenoverse 2 shows the spectacular video scene between Goku Blue and Future Gohan. Father and son unite their vital energy to perform the powerful Kamehameha movement. The material is part of the content included in Legendary Pack 1, scheduled for March 18.

As we have been telling you in recent months, two faces are part of the main poster of this additional content. On the one hand we see Toppo, the God of Destruction, who recently unveiled new images in full power of him. In combat he presents his unmistakable lilac aura, which is transferred to the light that comes out of his eyes. The recreation regarding the anime is faithful.

Toppo will be accompanied by Paikuhan, the champion of the Western Galaxy, who fought against Goku in the Otherworld Tournament. Loyal fans of the series will recognize his unmistakable tunic. So far, he has not transcended the range of movements that they will have.

In addition to the couple of playable characters, we will see the arrival of new figures in the Hero’s Coliseum, new expert missions and much more. We cannot leave aside the costumes for Bardock and Gine, taken from the movie Dragon Ball Super: Broly. We also know that Janemba will make an appearance as a pet. This is just a preview of the additions around this package.

We must go back to August 2020 to find the last major content update focused on Dragon Ball Xenoverse 2. Supreme Kaius of Time was the main attraction of an assortment that included 15 pets, 10 models for companion characters and a new technique, among other elements. . Legendary Pack 2 is expected to launch sometime in late 2021; the game still has a lot of fabric to cut.