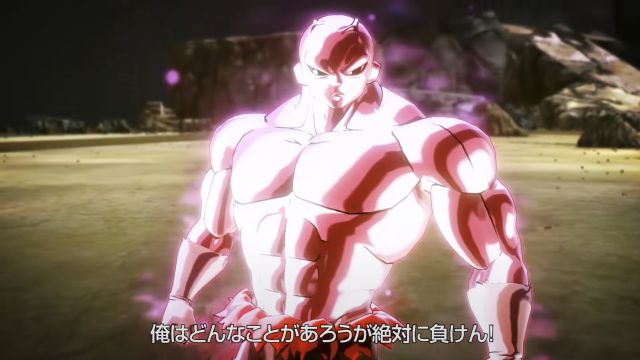 Dragon Ball Xenoverse 2: The veteran Bandai Namco and Dimps title continues to receive content for nearly five years after its release. This is what the enemy of Dragon Ball Super looks like.
Dragon Ball Xenoverse 2 is willing to continue expanding its content offering year after year. Originally released in 2016, Jiren (Full Power) will arrive this fall as part of the Legendary Pack 2 Season Pass, one of the work’s multiple paid DLCs. As you can see below, his new trailer offers high doses of action and gives off adrenaline; In addition, it recreates one of the most spectacular battles in the Dragon Ball Super anime, where we met him for the first time. Oh, and there is a little surprise at the end of the trailer …

Dimps’ game was already quite full of content with the base game and the free updates that have been published every year, a series of updates that have gone hand in hand with the paid packs, generally with new characters and scenarios. Jiren the Gray is one of the members of the Pride Troops, a group of soldiers who seek justice. They come from Universe 11 and participated in the Tournament of Power in their corresponding saga of Dragon Ball Super.

Those interested in Jiren (Full Power), regardless of the platform —PlayStation 4, Xbox One, PC, Google Stadia, Nintendo Switch or PS5 and Xbox Series via backward compatibility— must pay 16.99 euros to access the Legendary Pack Set, which Includes Legendary Pack 1 and Legendary Pack 2 with these contents:

Available December 31, 2021.
New characters (one of them Jiren Full Power; another to be confirmed, secondary missions, movements, costumes and much more.

Dragon Ball Xenoverse 2 is an absolute success with more than 13 million units sold since its launch. The game was originally published in 2016 for PC, PS4, and Xbox One; In 2017, a year later, it made the leap to Nintendo Switch. Finally, Bandai Namco published it on Google Stadia as well.