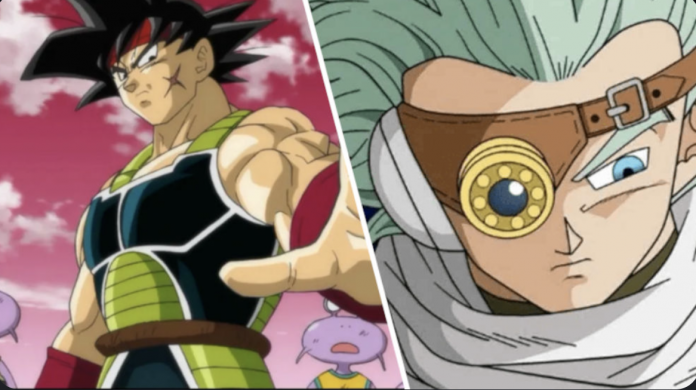 Dragon Ball: The fusion of Goku as you have never seen it, although this transformation belongs to Dragon Ball: Heroes, so it is not canon. The world has to be about to be pulverized for Vegeta to agree to take those ridiculous dance steps that are required to perform fusion. Between one thing and another, in the end he has had to go through the hoop and do it on several occasions. Dragon Ball: Heroes, the Japanese arcade game (also available in its conversion for domestic platforms), has shown us Gogeta again, but with a new and impressive transformation, Super Saiyan 4 Limit Breaker.

The transformation into Super Saiyan 4 belongs to Dragon Ball GT, an animation series that is not considered canon either, although it takes place years after the events of Dragon Ball Z. After removing the tail again and performing a mysterious ritual, Goku is the first to acquire the ability to control the potential of the SSJ4. In this same series the transformation of Vegeta and that of Gogeta also took place later. However, the Limit Breaker never appeared on this product.

Which can be seen in the video above, Gogeta sports reddish hair, but longer than in normal Super Saiyan 4, almost as if he were an SSJ3. In addition, the clip also hints at this character in Super Saiyan Blue, not to mention the presence of Fuu.

The catalog of special transformations of Dragon Ball: Heroes is extensive. A few months ago we were able to enjoy Goku Black Super Saiyan 3 Rosé, which, as its name suggests, has pink eyes and color. In addition, he wears a mask on his face.

Dragon Ball: Heroes is just one of the video games that are still active today. Dragon Ball Xenoverse 2, released in 2016, continues to receive content five years after its release. On the other hand, the 2D fighting game from Arc System Works, Dragon Ball FighterZ has also triumphed and continues to work. It has just been included in the Xbox Game Pass catalog.

The cutscene of Jedi: Fallen Order proves that Griz is the...