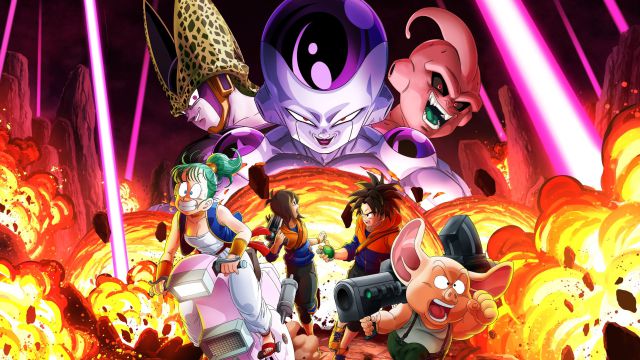 Dragon Ball: Bandai Namco’s new proposal bets on a completely unexplored concept and genre for the Toriyama saga. Bandai Namco has just introduced a new Dragon Ball game, completely away from the tradition of games based on the work of Akira Toriyama. Under the name of Dragon Ball: The Breakers, the project proposes to transfer the essence of asymmetric multiplayer to this world, moving away from the traditional power-to-power combats to become a potential victim of some of the most fearsome villains in this universe in games 1 Vs 7 in which one player will be the stalker, embodied in figures like Cell or Frieza while the other seven players are potential victims without the power to combat the threat face to face, including figures like Bulma, Uulong (with their powers of transformation) or anonymous characters whose only resources in the face of threats will be to hide, use weapons or other equipment or use cunning to get out of these encounters alive.

In the first video we have seen we can see an illustration of the general idea behind this new experience, using perhaps the most appropriate moment to illustrate a mechanic like this: the race of the Cell to “feed” and gain the energy that would allow it to catch A-17 and A-18 to become its perfect form. In what is perhaps the most terrifying and disturbing part of a series that was not characterized by moments like this, the robot from the future committed real massacres, turning entire cities into ghosts with only the clothes of its victims as proof that they had existed. after reducing his body to organic matter that was absorbed by his stinger. The game proposes to turn the tables and not be one of the warriors that can be measured against the enemy, but a potential victim of it who does not have the ability to defend himself, only to escape if he is lucky.

The new project will launch in 2022 for PlayStation 4, Xbox One, Nintendo Switch, and PC. It will also be compatible with PlayStation 5 and Xbox Series X | S. Soon there will be information about a closed beta for PC, which will be the first contact with this unique bet.

The Google iPhone App Has A Secret Pinball Game; Tthis Is...