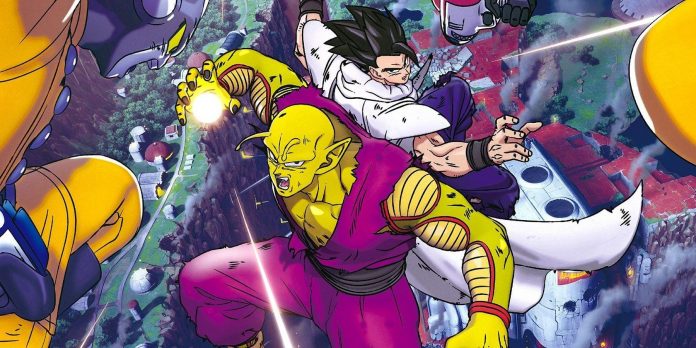 The long-awaited new Dragon Ball Super movie, Dragon Ball Super: Super Hero, has shown its share of trailers and visuals; however, the most recent one showed what fans may have been asking for for years.

Since the worldwide release of the film is scheduled for August 18, international fans of the Dragon Ball franchise have already been brought to the maximum by the news that the main characters of the film will not be Goku and Vegeta, as usual. but Gohan and his master Piccolo. The cherry on the cake for Dragon Ball fans this time is the unveiling of completely new forms for Gohan and Piccolo, as well as the re-introduction of the classic Dragon Ball Z villain.

Originally announced for release in April 2022, Dragon Ball Super: Super Hero was delayed until June 12, which also delayed the possible international release of the new film. Since the release of the new Dragon Ball Super in Japan, there has been incredible excitement about the next part of the franchise, especially regarding the attention to Gohan as one of the main characters of the film.

Dragon Ball Super: Super Hero has sold over 1 million tickets in Japan in just two weeks at the box office, earning over 1.2 billion yen. Since the announcement of the film, there have been various trailers and visuals; however, one recent trailer has some content that has never been in any of the previous ones, including visuals of the new Gohan form, “The Beast of Gohan” and “Orange Piccolo”, as well as the return of Cell – “Cell Max”.

Unlike other Dragon Ball Super: Super Hero trailers; which focused mainly on the return of the Red Ribbon Army through new antagonists, this revealed more about the main events to be expected in the film and concluded the revelations by revealing what original creator Akira Toriyama calls “Son of Gohan The Beast”. “, the white-haired, red-eyed form of Gohan, which is said to be a manifestation of the awakened beast within him. The trailer was intended for release only in Japan; However, it has since fallen into the hands of Western fans and spread through various channels such as YouTube and social networks.

Bachelorette Party Spoilers: How is Rachel and Gabby’s season rumored to...