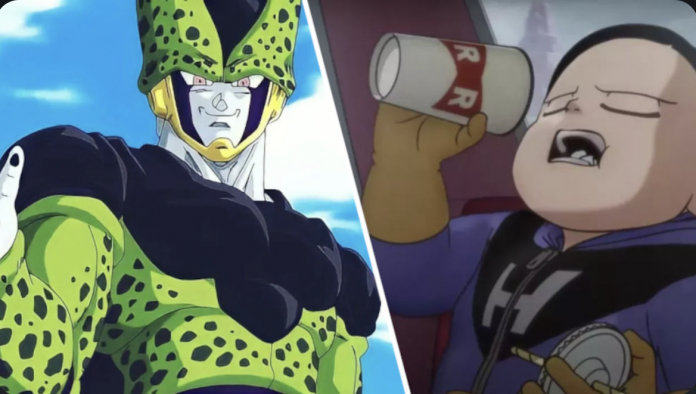 A recently published image raises what Cell might look like if it were in Dragon Ball Super: Super Hero, something that is rumored

A new trailer for Dragon Ball Super: Super Hero was recently released, and along with it, it was revealed that the Red Patrol Army will return in this movie.

Although Goku did a good job destroying this organization in the first series, some of its members survived.

Among them one of its main scientists, the evil Dr. Maki Gero, creator of Androids No. 16, 17, 18, and especially, the powerful Cell.

So it is not unreasonable to think that more members of this army survived. Now, some have begun to speculate if it is possible for this villain to return in this movie.

Ultimately it is the creation of someone who worked for the Red Patrol Army, and his being dead does not seem to be an obstacle. You just have to see what happened to Freeza, who returned to take revenge on Goku and company in a popular movie.

Likewise, he appeared in the Tournament of Power, but this time as an ally. Could it be possible for Cell to return in Dragon Ball Super: Super Hero? It cannot be completely ruled out, but so far there is no indication to that effect.

Among the characters seen in the new video, in addition to the new ones, only Broly, who comes from the previous tape, has attracted attention. But nothing to indicate the return of this infamous android.

Now, there are a number of rumors floating around about Cell’s return. Nothing is confirmed for now. But recently @Renaldo_Saiyan, who shares information related to the franchise, posted an image.

It is precisely from this villain and it comes from Dragon Ball Super: Broly. It is part of an animated sequence that appears in this film and that serves as a summary of everything that has happened throughout the series.

It is believed that he did it to imply that he wanted to see him back in the new movie. The only times Cell has returned is in productions that are not part of the main canon.

Among them is Super Dragon Ball Heroes, the anime that only has the purpose of promoting an arcade of a card game in Japan and nothing else. It’s why no one takes seriously the freedoms taken with the franchise outside of video games.

We will see if by chance Cell appears in the new film, or at least, a reference.