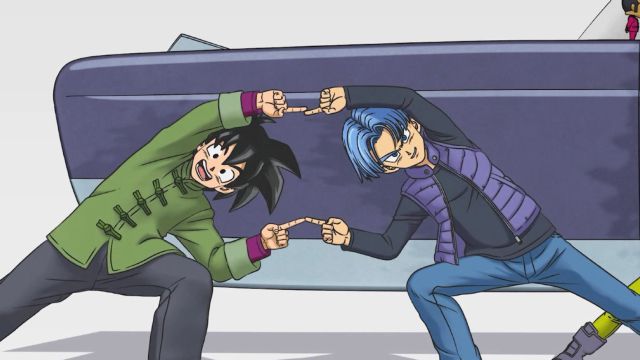 Dragon Ball Super: Akira Toriyama and Toei Animation’s new film will be released in April in Japan. In addition, now we also know when it will do the same in the USA. Dragon Ball Super: Super Hero is the next movie in the series that we will see in the coming months. The premiere in Japan is set for April 22 and during the Dragon Ball Battle Hour 2022 event it has been confirmed that in the United States it will do the same in the summer. In addition, the transmission has left us with long-awaited news by fans of the license: the presence of Goten and Trunks in their teenage years. The bluish tone of Trunks’ hair is striking, very similar to that of his version of the alternate future in Dragon Ball Super.

What is the movie about?

Dragon Ball Super: Super Hero will show us both Gohan and Piccolo as the main characters of the plot, with Piccolo himself being Pan’s mentor, just as he did with Son Goku’s son at the beginning of Dragon Ball Z. All this to face the threat posed by the resurgence of the Red Ribbon Army, an evil group that Goku himself has already managed to stop in the past, and that will now try to compromise the future of planet Earth and its population.

During the Dragon Ball Battle Hour 2022 something important has also been confirmed for the Arc System Works fighting title: the inclusion of Android 21 in its Lab Coat version, which will arrive in the coming days. It is a character “accessible to any type of player”, according to the words of the game’s producer, Tomoko Hiroki. You can check the details and see it in action at the following link.

The premiere of Dragon Ball Super: Super Hero will take place on April 22 in Japan. In the United States it will be in summer, while in Spain we still have to wait to know the exact date.