Home Entertainment Dragon Ball Super, Chapter 74 Now Available: How To Read it For... 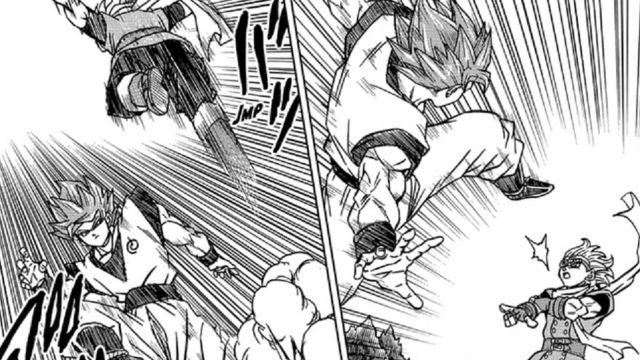 Dragon Ball Super Chapter 74 is now available. We tell you how to read it for free in Spanish through the Manga Plus application.If you are one of those who eagerly await the new adventures of Goku and company, you are in luck. As planned, Dragon Ball Super premieres its monthly chapter, number 74. After a new story arc starring the Galactic Patrol began, the plot continues to unfold little by little. The manga, devised by Akira Toriyama himself but captured on paper and screen by Toyotaro, follows the characters after Dragon Ball Z. In the following lines we explain how to read Dragon Ball Super episode 74 in Manga Plus for free in Spanish .

Dragon Ball Super 74: now available for free and in Spanish

Granola is quite a survivor. He fell into the clutches of the Saiyan and Freeza, so in his mind he projects revenge against all those who tried to crush him. All this and much more will be developed in the series, so we will not say anything more to avoid falling into the spoils. What happens next you will read for yourself. To read the manga, you just have to take a look at the application, either on Android or iOS devices. It is also possible to taste it online through browsers. Below we offer you the relevant links.

Manga Plus belongs to the Japanese publisher Shueisha. It is here where they publish the chapters of magazines such as Shonen Jump, either in their monthly or weekly editions. The application, which is nourished by advertising, can be downloaded without any additional cost, in both English and Spanish. All chapters are released worldwide at once. That does not mean that the entire manga is open for reading. After a while, the chapter disappears to make way for the next ones.

Dragon Ball Super is published on paper by Planeta Cómic in Spain, although in that case you have to wait longer to receive the volumes.

Marvel Snap Developer Talks about Disney’s Participation in the Game