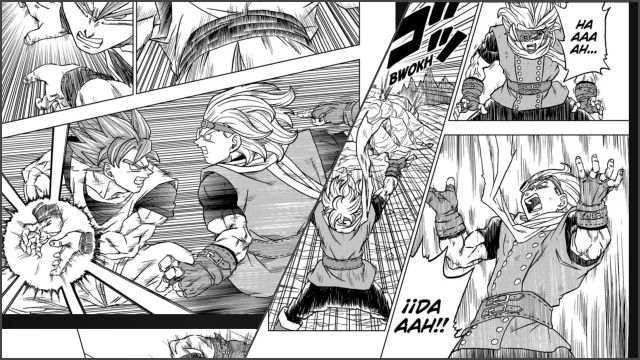 Dragon Ball Super: Manga Plus will release the new chapter of Dragon Ball Super very soon. We tell you the date, time and where to read chapter 74 online for free in Spanish.Manga Plus will publish the 74th episode of Dragon Ball Super on Tuesday. After the adventures lived in tense chapter 73, which continues to put us in a situation during the beginning of the unpublished story arc, it is time to recover the monthly appointment with Akira Toriyama’s canonical series from the hand of Toyotaro, his faithful ward. The Japanese artist increasingly raises the level of his drawings through a story of impact for fans. We tell you the time of publication and how to read it online for free and in Spanish.

Manga Plus has confirmed that episode 74 of Dragon Ball Super can be read from its official website and mobile applications (iOS and Android) in both English and Spanish as of this July 20 at 17:00 Spanish peninsular time ( Mexico, 10:00 am; New York, 11:00 am; United States -Pacific-, 8:00 am). It will be then when we can continue the story of Goku, Granola and company in this interesting saga.

What is Manga Plus and why do Shonen Jump fans like it so much?

Manga Plus is one of the fashion services for lovers of the manga universe. After years without having a legal alternative to access the most popular series of the Jump label, including Weekly Shonen Jump, the publisher Shueisha published in February 2019 this application for smartphones, tablets and devices compatible with the iOS and Android operating systems of official form. Therefore, series such as One Piece, Naruto, Boruto, Dragon Ball, My Hero Academia, Death Note, Bleach, Black Clover, Dr. Stone, The Promised Neverland, Haikyu, Jujutsu Kaisen and many more can be read in simulcast – simultaneous release in Japan and the rest of the world — with languages ​​like Spanish from Spain and English.

Apart from the Weekly Shonen Jump series, we have a catalog of current works or past successes from labels such as Jump Plus or Jump SQ. Generally, all the series publish their first three episodes for free and the last three with rotations for the premieres. Thus, we currently have Dragon Ball Super # 1, # 2 and # 3 plus episode # 71, # 72 and # 73; when # 74 opens this July we will be able to access # 72, # 73 and # 74, so on.

As much as the fans have asked for it, Shueisha does not offer in the West a paid alternative to access the complete catalog of all the series, so that currently there is only one form of consumption: limited catalog, free and with advertising.

The Netflix Discord bot allows you to watch movies with friends,...

Mayim Bialik and Ken Jennings will continue to share the role...