Home Entertainment Dragon Ball Super, Chapter 73 Now Available: How To Read It For... 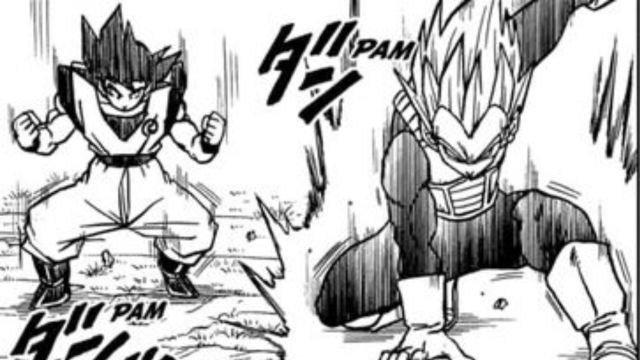 Dragon Ball Super Chapter 73 is now available. We tell you how to read it for free in Spanish through the Manga Plus application. Dragon Ball Super (# 73) receives its new monthly chapter. The beginning of the new story arc, after the events of the Galactic Patrol, began during the first bars of 2021. After everything that happened in episode # 72, the series in charge of Toyotaro and Toriyama keeps their followers in suspense. During this piece we tell you how to read for free and in Spanish episode # 73 of Dragon Ball Super with Manga Plus.

Dragon Ball Super # 73: now available for free and in Spanish

The arrival of 2021 began a new story that put an end to the outcome of the Prisoners of the Galactic patrol, narrated in chapter 67. Granola, the survivor of the race that fell into the hands of the Saiyan and Freeza, seeks to materialize his revenge . Will it be as extensive as the previous one? What mysteries will surround the main cast? We will see it soon.

Manga Plus is the official application of the Shueisha publishing house, where they publish the chapters of their main magazines, such as Shonen Jump, both in their monthly and weekly editions. My Hero Academia, Boruto, One Piece and more international licenses can be read completely free in Spanish or English. This commitment to reach the widest possible audience includes the simultaneous launch around the world: no one is left behind.

The viability of the web portal and its application is guaranteed thanks to advertising. There are certain limitations in its catalog, since there are not the complete series, but only its first chapters and the last three of each series. Here in Spain you can buy manga volumes in physics from Planeta Cómic.