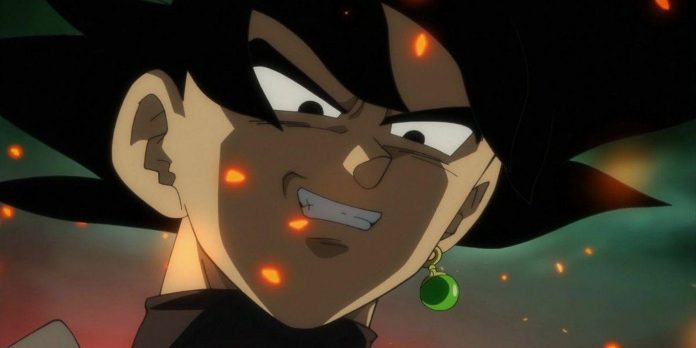 Starting from chapter 14, the second main arc of Dragon Ball Super promised to introduce a completely new storyline: the Goku Black arc mysteriously began with the reintroduction of Future Trunks and the unexpected disclosure of Goku Black, but even these shocking elements received serious evaluation. time from unimpressed fans.

Chapter 14 of Dragon Ball Super titled “SOS from the Future” marks the beginning of the Goku Black arc. This chapter begins with Future Trunks running away from a lurking villain. A sense of dread begins to build as Trunks are constantly chased through the wreckage of what is supposedly a Western City, until the villain finally reveals himself in a shocking twist: the evil Goku’s sinister smile shrouded in smoke and flames. This introductory chapter marked a whole new twist for Dragon Ball, surrounded by mystery and intrigue, but the resolution of the arch is usually seen as inconsistent with the promise of its introduction.

Future Trunks is definitely a fan favorite character, so it made sense to bring his character back, despite his ending in the Android Saga. There were several possible plot threads that could be continued with Future Trunks, most notably how he would handle defending Earth alone, even with his newfound strength. This is touched upon in the Goku Black arc, and yet Future Trunks doesn’t play a real role in the story that should be centered around it. The ending of the arc deals with the fact that Future Trunks lose everyone he knew, loved and fought for with all his might (with the sole exception of May), and, even worse, makes him seem heartless because of how quickly he accepts it.

At the same time, the threat posed by Goku Black eventually suffered from the appearance of Goku. Aside from the initial shock value he brought, using this character did nothing for the arc. Zamasu’s argument about stealing Goku’s body is completely short-sighted, and for some reason he does not ask Zuno, a being who knows the answer to every question in the universe, which body is best for him to steal. Goku Black was ultimately empty, but a character like Gohan, who was captured and used to torture Trunks, would have made the story much more emotional. The origin story of Future Trunks is heartbreaking, and the main villain, who has no connection with his character, is a complete blunder.

Similarly, Zamasu could be something completely unique to Dragon Ball, representing the deep negative arc of the character, but the reasons why he became a villain are negligible. Instead of provoking a general genocide by seeing two cavemen beating each other, Zamasa could easily be displaced in time and forced to live next to mortals. Being personally subjected to cruelty would be a much more sympathetic and understandable reason for Zamasu considering the failures of mortals.

With a more detailed background With Zamasu and another host body that could better play the role of Future Trunks, “Goku Black” could be a truly exciting and thought-provoking plot until the very end. Instead, the Goku Black Dragon Ball arc failed to live up to its promise of mystery and intrigue, and it failed to create emotional and intelligent character arcs for its main characters.

Chicago Fire: Why this character’s departure is the best the drama...