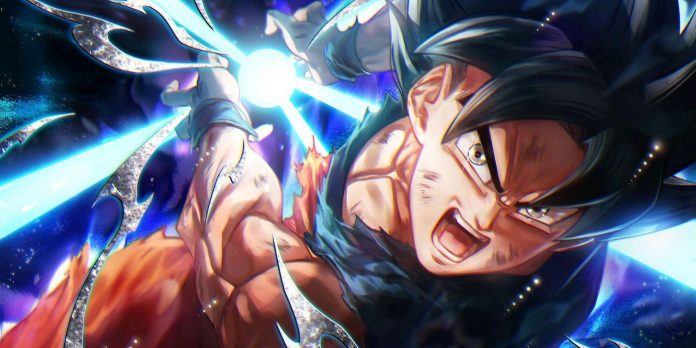 Warning! There are spoilers ahead for the 85th chapter of Dragon Ball Super!

For the first time in seemingly forever, Dragon Ball Super has just restored Goku’s signature Kamehameha wave to its former glory, and Sayan actually performed a much-loved spell before attacking his enemy.

Although this technique was introduced in the original Dragon Pearl manga, some of the most iconic moments in the anime were when Goku slowly pronounced the name of his Kamehameha wave in DBZ, usually stretching each syllable until finally shouting “Ha!” What kid watching Toonami on Cartoon Network didn’t do that the same? The movements of folding hands and moving them to the sides, like Goku’s, only further enhanced the whole experience. But for some reason, Dragon Ball Super makes it so that Goku no longer pronounces “Kamehameha” before unleashing the cult wave on his enemies. All he does is perform the same movements.

But chapter 85 of Dragon Ball Super finally ends this blatantly blasphemous creative decision during Goku’s battle against the villain Gus from Heeter Force. Having reached a new form of Ultra-Instinct, Goku goes into a rage, inflicting a flurry of punches and kicks that leave dents on the villain’s face and form craters in the ground after the force of some blows causes Gas to fall down from the sky. with high speed. But then, after later throwing Gus into the air, Goku does this: he performs the right gestures to initiate his characteristic wave when he says “Kamehame” before shouting “Ha!” in an action that causes a massive wave of energy to shoot up the rapidly rising gas.

While it’s almost a religious experience for those who missed the entire Kamehameha package, fans most likely won’t hold their breath for something like this to happen again. Aside from the numerous instances in Super where Goku creates a Kamehameha wave without performing a spell, other characters have also stopped announcing their big attacks. During the same battle with Gus in the previous chapter Not only does Goku perform his indecisive version of the Kamehameha wave, but he also does it as Vegeta summons what is considered his signature Galick Gun attack. However, it is unclear whether Vegeta actually uses this particular ray because, as with other cases in Super, it does not announce its name. The only thing that indicates that this is actually Galik’s gun is that both of Vegeta’s hands, where the front of one palm is facing the back of the other, are raised to his side at chest level. The fact that both characters unleash their characteristic attacks without naming their names is very discouraging.

Now that Dragon Ball Super has randomly brought back this preferred version of the Kamehameha wave, we hope Goku will introduce an elongated Kamehameha wave shape again. In this particular chapter, it is clear that Goku is releasing his wave quickly without much fanfare. In fact, it is limited to two panels — and the way the words are presented gives the impression that Goku announces “Kamehame” with one quick sigh, rather than stretching it over a longer period of time. And fans don’t just want to see this version, because the more Goku pulls out the name of the attack, the more powerful the wave becomes, because Kamehameha in this last chapter actually does a lot of damage. It’s like how the “child” inside every adult reading manga remembers these more stretched versions of Kamehameha Goku more than anything and would like to relive those moments in Dragon Ball Super.

Garena and CBF Close Partnership Between Free Fire and the Brazilian...