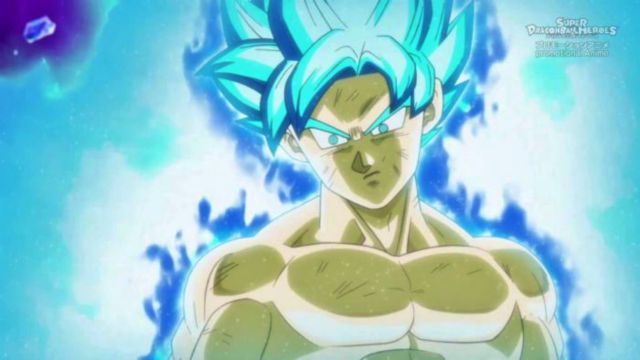 Dragon Ball: Super Dragon Ball Heroes offers us the next level of power of Goku, which becomes the most advanced to date of the Saiyan. The Universal Tree. The Dragon Ball universe has no limits in its scales of power. The original work of Akira Toriyama, which continues his canonical footsteps in Dragon Ball Super today, finds in its non-canonical parallel branch Super Dragon Ball Heroes an opportunity to experiment and offer unique combat and transformations to date. Now the new transformation of Son Goku is revealed, the so-called Super Saiyan Blue: Power of the Universe Tree.

Although this form could be seen a few weeks ago in the series (Big Bang Mission 12), the official DBSChronicles account has advanced that the final name: Super Saiyan Blue: Power of the Universe Tree, which is also the most powerful transformation to date. the date of the beloved character.

Official names of these 2 new forms.

In essence, it is an improved version of Super Saiyan Blue (Super Saiyan God Super Saiyan), but it has the absorption of negative energy from the Universe Tree (Universal Tree) used by Fuu (the character on the right in the image attached) and his subsequent purification, since Goku has a pure heart. Goku and Goku Xeno face Fuu with his full power and Ki released, apparently enough to defeat him.

Thanks to this power, Goku is able to alter elements of the universe, an extraordinary power that we have never seen in the Dragon Ball universe; neither inside nor far from the canon. The official colors of this Super Saiyan Blue: Power of the Universe Tree are blue, which varies from darker to lighter depending on the moment.

However, it remains to be seen how far Goku is able to go with this new power, if he is able to dominate it for a long time and if he will finally be able to finish off the new threats that appear in Super Dragon Ball Heroes. The New Space-Time War Saga is where the series is right now.