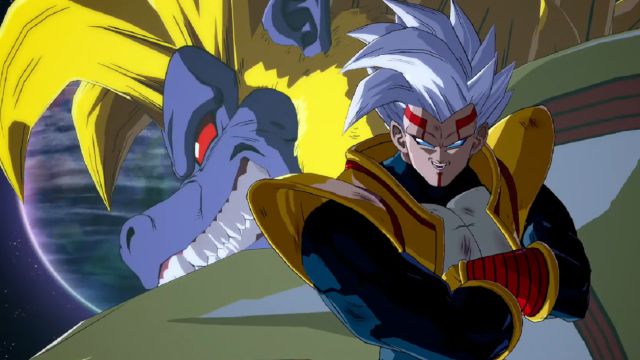 Super Baby 2 is already a reality. The warrior will arrive in Dragon Ball FighterZ on January 15; two days before for FighterZ Pass 3 users.

Banday Namco and Arc System Works show in a new gameplay the first hits of Super Baby 2 in Dragon Ball FighterZ. We practically opened the year with the news of the future revelation of him, but it has not been until now that we have been able to know what he is capable of. Those who have the FighterZ Pass 3 will be able to start playing with it on January 13, while the rest of the users will do so from January 15. Its individual price is 4.99 euros.

The gameplay, which you can see at the top of this news, leaves us almost five minutes where he is shown fighting against all kinds of characters. His power is no wonder: he is one of the most powerful warriors in the universe. Many fans will remember his first appearance in Dragon Ball GT. He sweeps wherever he goes.

Super Baby 2 is the fourth of the characters included in the third season pass of Dragon Ball FighterZ. He is preceded by Kefla, Goku Ultra Instinct and Master Mutenroshi. The fifth and last fighter already has a face: Gogeta SS4, which will arrive “soon”. The FighterZ Pass 3 can be purchased in the digital stores of PlayStation, Xbox, Nintendo and Steam at a price of 19.99 euros. Purchasing it will give you instant access to the characters already released in this wave, plus their alternate color set, main room avatar, and Z stamp.

The success of Dragon Ball FighterZ breaks boundaries. Before closing 2020 we learned that the title had reached 6 million copies sold to date, a milestone fueled by the growing popularity of the competitive scene. In Spain we have leading figures, such as Joan Namay Millones, better known by his nickname, Shanks. Considered the best nationally in the game, his ability has led him to be among the greats on the international scene.

Dragon Ball FighterZ is available on PS4, Xbox One, Nintendo Switch and PC, in addition to the next generation consoles as part of the backward compatibility system with which Xbox Series X | S and PS5 have.