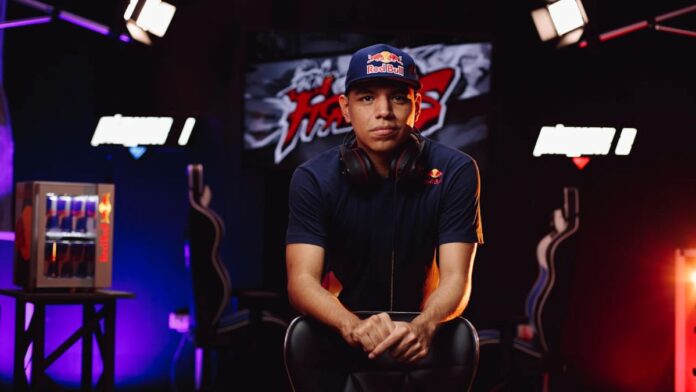 The professional gamer will show his lesser-known face in this audiovisual piece produced by Red Bull Media House.

We have all witnessed the triumphs of Shanks, one of the best known professional gamers in the context of esports. The Dragon Ball FighterZ player is considered the best nationally and one of the best on the international scene. However, beyond his facet as a player, what do we know about Shanks? Who is Joan Namay Millones? Red Bull Media House has just announced Unfold, a documentary that explores the figure of the athlete in depth.

Unfold will air on Red Bull TV. In addition, on December 23 it will be possible to listen to Shanks’ own experience on the BCN Fighters channel on Twitch. The premiere on the Red Bull Gaming YouTube channel is scheduled for Thursday, December 24.

Beyond the professional gamer

The Giants Gaming player tells his story in the first person, but the documentary also has the testimony of his parents, his brother and his closest friends. “I had tried many fighting games, but that It called my attention. It was Dragon Ball, our childhood, ”Shanks recalls in the documentary itself. “I didn’t care if I had to work X hours and arrive tired. He asked for days off from work to go to tournaments ”.

According to the athlete, telling his story was something he “did not expect”. He was also surprised when he got into the Red Bull Dragon Ball FighterZ Saga: “I have done interviews and reports, but it would be an honor if this was a motivation and influence for young people.”

For his part, the CEO of Vodafone Giants, José R. Díaz, has pointed out that when you talk about someone like Shanks, “words fall short”. And he adds: “Everything he is achieving is the result of a lot of effort and work, he has earned it hard,” he is sincere, while stating that the club is “lucky” to have such a player in the game. template. “The only thing we can and must do is accompany him in everything he needs to stay in the TOP.

Shanks wants the situation to improve to enjoy the tournaments in physical venues again, although during this season the championships have been developed online. “I would like to have invitational tournaments in which the feeling of the face-to-face tournament is recovered,” he concludes.