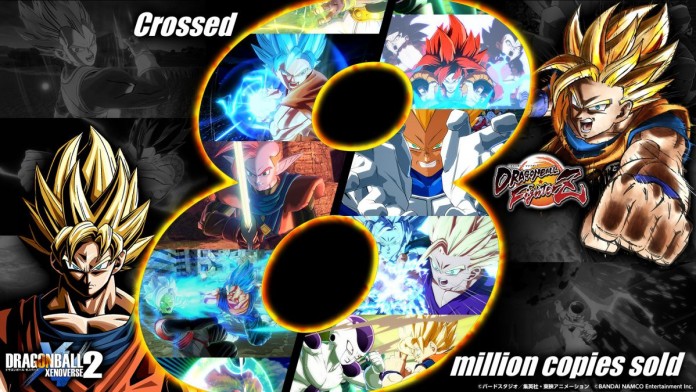 Dragon Ball FighterZ: The sum of the physical and digital sales of both videogames amount to 16 million units; Bandai Namco explains how it will celebrate. Bandai Namco Entertainment has confirmed that Dragon Ball FighterZ and Dragon Ball Xenoverse 2 have each reached 8 million units sold; 16 million in total. The Japanese company, in charge of the production and edition of the works of Arc System Works and Dimps, respectively, have made official information that underlines the success not only of both proposals, which are very different from each other, but also the brand’s state of health. in the video game sector. Until last December 2020 the sum was 13 million, so in 2021 alone another 3 million copies have been distributed between the physical and digital formats. They plan a celebration.

Over the next few weeks, both titles will feature commemorative campaigns in their online modalities, with raids and the arrival of new downloadable content. In Dragon Ball FighterZ, from November 12 to 20, it will be possible to play for free with the paid characters Bardock, Broly, Zamasu (Fused), Gogeta (SSGSS); From November 20 to 28, Goku, Vegeta, Cooler and Android 17 will be the DLC characters that we can play for free; finally, from November 28 to December 7 we will be able to select Jiren, Videl, Goku (GT), Janemba, Gogeta (SSGSS) and Broly (DBS) at no cost.

Dragon Ball Xenoverse 2 was originally released on PS4 and Xbox One in October 2016; a remarkable title, albeit with plenty of room for improvement. Five years later, the title is also available on Steam, Nintendo Switch and Google Stadia supported by a community that has not stopped supporting the title thanks, precisely, to the support that Dimps has given to the work: expansions, free content and payment, events, quality of life improvements … Never has a Dragon Ball title received support for so long. We still have no news of an eventual Dragon Ball Xenoverse 3.

For its part, Dragon Ball FighterZ made us rise from the chair at that E3 2017, when it was officially revealed what was for many a dream: Arc System Works (BlazBlue, Guilty Gear) in charge of a 2D Dragon Ball fighting game . And an excellent product came out, with an emerging competitive scene behind it and a model based on seasons that has not stopped growing.

After its premiere on PS4, Xbox One and PC in January 2018, it later arrived on Nintendo Switch. The fans do not imagine now a sequel given his state of health; the only big request is the rollback netcode that Guilty Gear Strive has already integrated, which would translate into a much more accurate and improved gaming experience in online sessions.