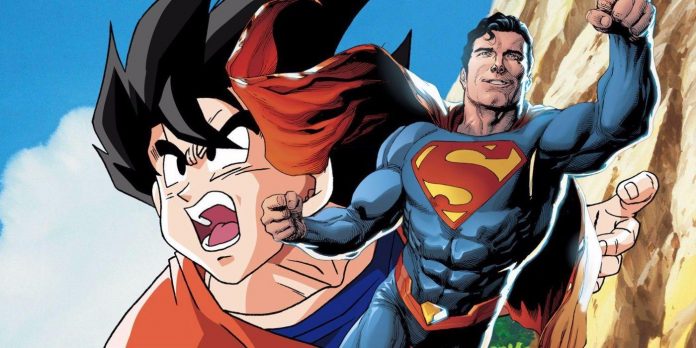 From the moment fans found out about the official origin story of Goku in The Dragon Pearl, he was immediately compared to Superman — and rightly so — because the origins of both characters are eerily similar to a certain extent. However, although for some Goku may be considered a version of Superman Dragon Ball, Dragon Ball actually already has an official “version” of Superman that has absolutely nothing to do with Goku.

Kakarot, also known as Goku, is a Saiyan from the planet Vegeta who was sent to Earth in infancy when his homeworld was on the verge of total destruction. Exactly the same (and initially) Kal-El, aka Superman, is a Kryptonian from the planet Krypton, who was sent to Earth as an infant when his homeworld was on the verge of total destruction. Based only on their origin stories, it’s easy to make a comparison between the two characters, but it doesn’t stop there. After each respective alien had lived their lives on Earth, they both became the greatest heroes their Lands had ever seen, and even joined/formed a team of superheroes whose duty it was to protect the planet from both internal and intergalactic threats. In fact, due to their great similarity, Goku would undoubtedly meet the requirements of Dragon Ball Superman, if not for the fact that “Superman” already exists in the Dragon Ball universe.

In Chapter 82, “Dragon Pearls” by Akira Toriyama, Goku, Bulma and Krillin are pursued by a Red Ribbon Army general known as General Blue, who is obsessed with capturing them and taking the Dragon Pearls they collected. During his villainous mission, Blue manages to steal the Dragon Pearls from a group of child adventurers, and he escapes back to the headquarters of the Red Ribbon Army. However, his escape was not clean, and Goku chased after him with incredible speed. So, Blue is trying to steal the car of some random citizen, only the car he is trying to steal does not belong to someone else – this car belonged to none other than Suppaman.

During Suppaman’s debut, the hero was dressed as his human alter ego, in a suit, with greasy black hair and thick-rimmed glasses. In fact, he looked suspiciously like Superman’s alter ego, Clark Kent. Then, when he realizes that General Blue is a bad guy who needs to be stopped, Suppaman ran to the nearest phone booth and changed into his superhero costume—an image that is widely associated with the original Superman. However, as soon as he challenged General Blue, Suppaman lost all credibility as a worthy version of Superman, as he gave up right after he found out how incredibly strong Blue really was, and even allowed the villain to take his car without even striking.

Although Suppaman is literally the Superman from Dragon Ball, he is more of a parody of the DC hero than a separate incarnation. However, joke or not, Suppaman is a recognized character in Dragon Ball lore and, therefore, has more rights to the title of “Superman” of this universe than Goku, despite the many similarities of Saiyan with the Kryptonian hero.

The Legacy of Hogwarts: The History of the Slytherin Faculty