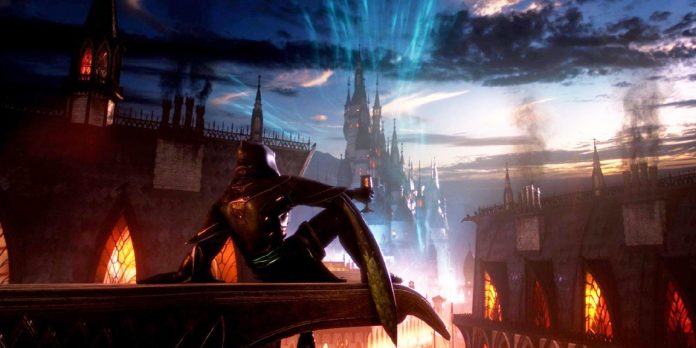 The Dragon Age series from BioWare has been attracting fans of both fantasy and role-playing games for many years, and the previous three parts of the franchise have received critical acclaim and earned a devoted fan base. The next installment of the popular Dragon Age series was first announced in 2018 during The Game Awards, and since then players have been desperate for more details. There was quite a bit of information about the upcoming game, and only recently it became known that the sequel would be called Dragon Age: Dreadwolf. This official title confirmed several things, namely that the elven mage Solas will be an outstanding antagonist and that it will be a kind of direct sequel, unlike the previous parts.

Apart from a few scattered revelations and announcements, Dragon Age: Dreadwolf is still a mystery. There are certain things that fans want to see in the game, like returning characters or more diverse origin stories of the main character, but they will have to wait and see if they are included. However, gamers know that the upcoming Dragon Age: Dreadwolf will take place in the mysterious Empire of Tevinter. This means that the capital of the country, Minratous, is likely to appear and may become the most interesting place in the series.

Although the Tevinter Empire has been mentioned in many previous Dragon Age games and used as the setting for some additional novels, players have never been able to explore it on their own. With Dragon Age: Dreadwolf, the action shifts to this very secret and hierarchical region, and players will be able to see for the first time where characters like Dorian from Dragon Age: Inquisition call home. Tevinter is very different from other regions of Tedas. Although in other places magicians are mostly treated with suspicion or even open hostility, in Tevinter they are the ruling class.

The Mages control the entire Tevinter Empire, and it is the oldest human nation in all of Thedas. There is also an ongoing war between Tevinter and Kunari, which will undoubtedly affect the events of the game, given its setting and Kunari’s fame in the Dragon Age: Inquisition, Trespasser story supplement. Tevinter is a vast region, and it involves a lot of political and social forces that players will probably have to face. Wherever the game takes them, it is likely that most of the story will be centered around the capital of Tevinter — Minratus.

Minratus is built on an island near the shore, and the only access to it is one bridge. In addition to the more urban environment, there are large ports, shipyards and even an impressive network of underground catacombs under the whole city. This may give Minratous some interesting layers and unique areas, but it also offers something different from the larger settlements seen in previous Dragon Age games. The teaser trailer for Dragon Age: Dreadwolf also offered a new design twist from the regions of the first three games, as the magic-soaked street signs and Minratus architecture seemed almost more steampunk than traditional fantasy.

Orley challenges Tevinter for the crown of the largest and most powerful nation in Thedas. While Tevinter had a much larger area of influence, it has since diminished, and other powers such as the Orlesian Empire have risen in its place. Orley is a vast region, perhaps best known for its extravagance and distinctive culture. Art, fashion, cuisine and politics are all prominent aspects of Orlesian culture, and there is a very clear class division: those who can lead a luxurious lifestyle contrast sharply with those who cannot afford it. Aristocratic society is rife with political intrigue, gossip, betrayal and hedonism, and everyone is constantly fighting for favor and influence.

The unique culture of Orlei helped shape its region, and its capital Val Ruayo became a beacon of beautiful architecture in line with Orlei’s preoccupation with artistry and aesthetics. Val Ruayo and the areas of Orleans that players explore during the game “Dragon Age: Inquisition”, distinguish the situation from other regions in the game, as well as a sense of wealth that is not found anywhere else. Evil Eyes and Evil Hearts, set in the Winter Palace in Orlea, offers a unique mission focused primarily on court intrigues rather than battles. It’s a refreshing change of pace compared to the rest of the game, even if it wasn’t a cup of tea for everyone, and showcases some beautifully designed areas of Tedas that aren’t creature-riddled forests or gloomy castles.

Just as the Orlesian culture shaped the cities and buildings players encounter, the Tevinter culture will have a profound impact on the Minratos that players will be able to explore in Dragon Age: Dreadwolf.