Home Entertainment Dragon Age: Dreadwolf Should Be Filled with Dad Jokes for One Obvious... 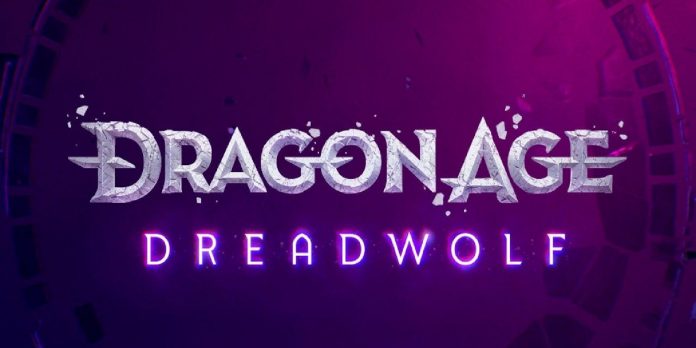 BioWare has been keeping its cards fairly close to its chest when it comes to its next big releases like Mass Effect 4 and Dragon Age: Dreadwolf. Despite a significant time passing since either game was announced – four years in Dragon Age: Dreadwolf’s case – players haven’t learned nearly enough about the upcoming titles, and rumors about delays and staff changes in the development teams haven’t helped allay fan fears over the state of the games. Still, some details are occasionally coming out, and little by little the games are starting to take shape.

Dragon Age: Dreadwolf finally revealed its official title recently, which also confirmed some fan theories about the next installment in the series. While players are still feverishly speculating about what the next entry might entail, BioWare should really take a good look at the title it selected and use it for inspiration for some (rather tongue-in-cheek) humor it could include in the game. Namely, some well-timed dad jokes that would tie into DA:D’s abbreviated name.

The Significance Of The Title

The titles of games can be a big deal. They can be hugely significant to the plot or include secret nods to elements of the game, or even provide a clear focus for the gameplay, so players know exactly what they’re getting into. When a series with multiple installments deviates from the standard numerical naming conventions, it will be for a good reason. The Dragon Age games went from Dragon Age 2 to Dragon Age: Inquisition, showing an obvious focus for the third game that centered on that specific organization and the characters associated with it, but also the story’s emphasis on an investigation that is working to get to the truth of something.

Dragon Age: Dreadwolf is clearly putting Solas front and center. The elven mage and would-be god revealed himself to be the controlling hand behind all of Dragon Age: Inquisition’s chaos at the very end of the game, and players had long speculated that the follow-up would focus on the unfolding of his plan to tear down the Veil before it was confirmed by the teaser trailer. The prominence of Solas also shows that Dragon Age: Dreadwolf will be a direct sequel, unlike the previous Dragon Age games, which also has interesting implications for the plot.

The specific choice of words is also integral. Not only does it point very obviously towards Solas, but ‘Dreadwolf’ is an anagram for ‘Fade World.’ Considering Solas’ aim to tear down the Veil and restore the connection of the Fade to the real world, this could point to the possibility that he succeeds. The anagram will hardly be an accident, and it has given fans plenty to talk about. BioWare should also use this opportunity to highlight the DA:D connotations, even if only in passing.

Humor Throughout The Series

Varric Tethras is just one of BioWare’s many unromanceable characters, making him the perfect character to explore in a dating sime.

While Dragon Age games are probably more well-known for their endearing companions, branching narratives, and romance options, they’ve never been afraid of including a few jokes among the more serious aspects of gameplay. Humor usually comes in the form of companion banter, as players roam the world of Thedas with a few fellow characters in tow and the merry band of misfits gets to know each other along their various adventures. This provides entertainment for the player as they move through the expansive areas, but it also lets them get to know their companions better. While some of the party banter can be serious or even emotional, there are always a few jokes and humorous comments thrown in.

Players also have the chance to bring humor into their characterization of the protagonist. BioWare RPGs usually have dialogue options, giving gamers the choice to imbue their main character with a certain personality depending on how they interact with other characters and the decisions they make. In Dragon Age 2 and Dragon Age: Inquisition, in particular, the addition of a voice actor for the protagonist really added another layer to their characterization, and players could create a Hawke or an Inquisitor that had various personality traits, being humorously sarcastic, unbearably arrogant, or meekly benevolent.

Dad jokes would slip easily into the Dragon Age format and would be a funny, meta nod to the game’s title. Previous humorous asides throughout other Dragon Age games have been just as endearingly cringey as dad jokes are, and while it might make some players groan and shake their heads disparagingly, there is no denying that dad jokes have a great timeless quality that everyone can relate to.

RELATED: 10 Things Dragon Age 4 Should Take From Every Game In Bioware’s Franchise

How Dragon Age: Dreadwolf Is Shaping Up So Far

Dad jokes aside, there are some things that players already know about Dragon Age: Dreadwolf, even if large parts of the game are still a mystery. As it was still in early production halfway through 2020, gamers won’t be able to get their hands on the upcoming title until some time in 2023, which still feels like a long way away for fans. Alongside Solas, it seems likely that Varric might make another appearance, as he served as the voice-over for the teaser trailer. Dorian is also another possible returnee, given the game’s Tevinter setting.

Lots of the game’s concept art has been shown off as well, including images of possible companions. These have caused a fair bit of excitement, as it seems like players might be able to have a female qunari as a companion for the first time ever, as well as a mysterious executor – a race that hasn’t been seen in a Dragon Age game yet. Some fans are speculating that there could also be a dwarven mage companion, even though dwarves famously can’t use magic. This did seem to be overturned during the events of some of Dragon Age: Inquisition’s story DLC, but so far it hasn’t been confirmed whether this ground-dwelling race will be granted the magic touch.

In contrast to the tales of the Hero of Ferelden, the Champion of Kirkwall, and the Inquisitor, the story in Dragon Age: Inquisition is about being powerless in a system that is controlled by apathetic leaders. Players won’t be playing as a character that is predestined to complete a heroic quest or someone who fronts a politically powerful organization, and this will be a nice change of pace from previous games. If this person also has an awkwardly paternal sense of humor in the face of their powerlessness, then so be it.