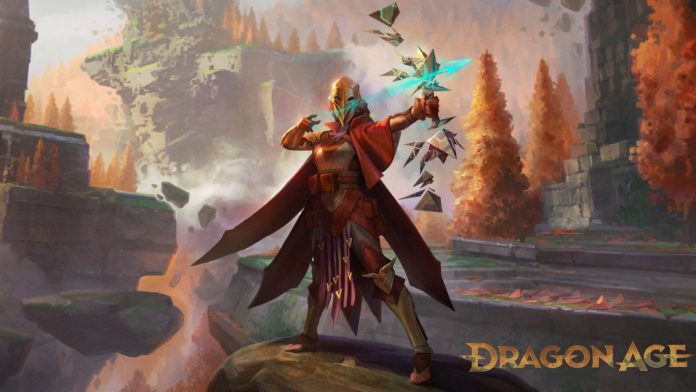 Bioware has shared on its social networks a new image of the next installment of Dragon Age, which will bring back characters like Varric and Solas.

This past weekend, one of the CEOs of BioWare, Christian Dailey, wanted to congratulate the new year to all fans of the studio. And as perhaps it was a bit of a late congratulation, Dailey has made up for it by accompanying her with a new image of Dragon Age 4, or well, the new Dragon Age simply, because so far this new chapter of the series does not have an escort number and accompany your name. It is a concept art that does not reveal anything about the game, at least not at first glance, but taking into account the opacity and secrecy that surround the project, this type of material is like an oasis in the desert. “To new beginnings,” Dailey provides in the following tweet.

What do we know about Dragon Age 4?

Little, if not very little, or nothing. At least the last time we heard about it, it was not so far back in time, as the game was present at The Game Awards 2020. At this gala, between awards for the best releases of the year, Bioware showed a new teaser of Dragon Age 4. It was barely a minute long, but that video had some interesting details. The first, its narrator, Varric, one of the most beloved characters in the saga. And the second, the return of Solas, an elf and apostate wizard who made us a companion in Dragon Age: Inquisition, the last installment of the series, which silly dates back to 2014.

That’s how much is known about Dragon Age 4, which was announced in late 2018 and it seems to be taking it easy. Bioware does not want to make mistakes of the past and seeks to find a game that will convince everyone, as happened with the first, Dragon Age: Origins. Despite the fact that in these years we have had not too encouraging news (such as the abandonment of several veterans of the study), from the developer they assure that they continue to progress, even in times of coronavirus and teleworking. Let’s hope that 2021 is a more generous year when it comes to Dragon Age news.

Astounding Optical Illusion That Will Lose Your Sense Confidence (Video)