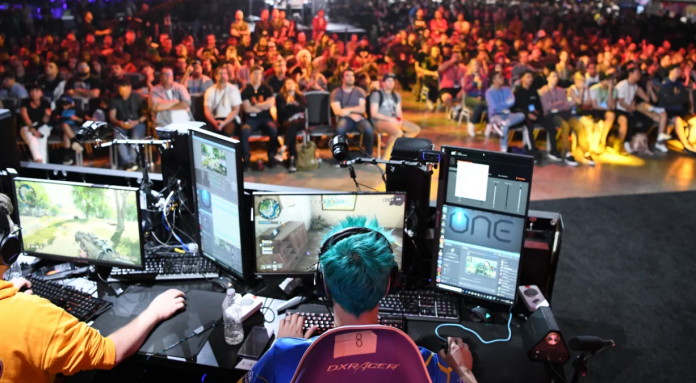 TwitchCon San Diego returned for the first time since 2019, and the permanently banned streamer Dr Disrespect appeared several times, but was not actually present.

In 2019, the streaming landscape was completely different than it is now. Tfue was at the top of Twitch’s viewership, Ninja signed a mega-deal with the now-defunct Mixer, and Dr Disrespect was still the face of Twitch.

In fact, Dr Disresepct will appear at TwitchCon in San Diego in 2019. However, his actions during the event caused controversy, as many criticized the streamer for filming in a public toilet — in the process filming children on camera.

A little less than a year later, Doc received his mysterious ban on Twitch, forbidding him to appear on the platform or any personal events. But that didn’t stop the Dr Disrespect clones from unexpectedly appearing at TwitchCon 2022.

The first copycat to make a splash at the IRL Twitch event was a streamer known as DrThicccrespect. The self-proclaimed three-time karaoke champion in a row appeared at the event to dominate the “purple platform,” also known as Twitch.

Viewers can watch the event from his perspective on Twitch as he broadcast his time at the convention.

Another clone of Dr Disrespect was spotted by a MeesterKeem streamer while walking around the conference center. Approaching a tall, slender figure identical to the real two-time video game champion, it was almost impossible to say that the cosplayer was not a real Doc.

“My God! This is Doc. Wait, what is he doing here? MisterKim asked. Coming closer, he said, “Dude, have you been busted?” Then Doc’s doppelganger turned around to show that he was not a real sports model.

It’s safe to assume that these aren’t the only Dr Disrespect clones attending TwitchCon in San Diego, and we’ll probably discover more as the celebration continues.