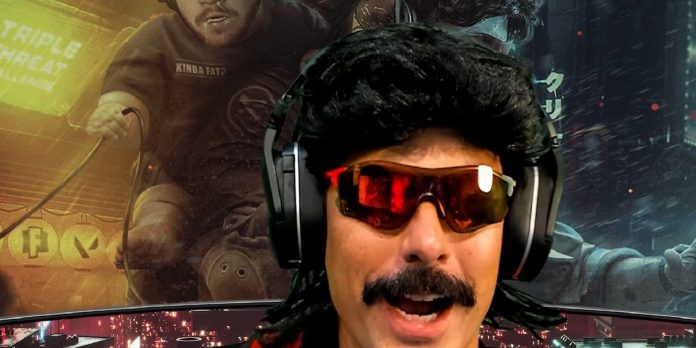 Activision Blizzard is preparing to release Call of Duty: Warzone 2, but since the first game will remain available, some fans are already critical of the inevitable sequel. One of the outspoken critics of Call of Duty: Warzone 2 is YouTube content creator Dr. Disrespectwho said that the game needs developer changes to succeed.

Call of Duty: Warzone has undergone many updates since its release in 2020, and Activision Blizzard is working on a sequel to the Battle Royale, which is expected to take a step forward. Since the first Warzone was a live service game since its release, some Battle Royale players are wondering why it gets a sequel instead of an updated map, for example, when the game moved from Verdansk to the Pacific Caldera Island. Although Dr. Disrespect is hoping for Call of Duty: Warzone 2, he has a few words for developer Raven Software and how Warzone needs major changes that are better suited for another studio.

During a recent live conversation between Dr Disrespect and TimTheTatman, the topic of Call of Duty: Warzone was raised, and the two-time champion had several critical comments about how the battle royale has been handled so far. “If Raven is making Warzone 2, they could chalk it up right now,” Dr Disrespect said during a YouTube discussion with TimTheTatman. When TimTheTatman went to defend Raven Software developers and their work, Dr Disrespect redoubled his efforts. According to Dr Disrespect, Activision Blizzard should ask Treyarch to create Warzone 2 instead, and this may be appropriate given that the developer has already released the battle royale in the form of the Blackout Call of Duty: Black Ops 4 mode.

Dr. Disrespect has repeatedly criticized Call of Duty: Warzone, and he may be willing to reject Warzone 2 if it has the same gameplay, personality, appearance, and fiction. During a live broadcast on YouTube, Dr Disrespect praised the transition from Blackout to Warzone, suggesting that if a similar transition is not made by the developers, Call of Duty: Warzone 2 may be too similar to the initial experience. Summarizing his thoughts in a simple sentence, Dr Disrespect stated that “they just can’t do what Battlefield did,” referring to Battlefield 2042, released and provoked a lot of criticism from the community.

Many Dr Disrespect fans took advantage of the responses to this chat between him and TimTheTatman to express appreciation for his switch to YouTube Gaming after Twitch blocking, while others had their own ideas, such as Escape from Tarkov-style game mode and Battle Royale. the action takes place in space, as in Call of Duty: Infinite Warfare. Most of the comments agreed with Dr Disrespect’s position regarding the new Treyarch game in the Battle Royale genre, but others suggested that Infinity Ward would be a more natural approach, given that Call of Duty: Modern Warfare 2 is also around the corner.

A terrible picture for Shiba! Attention of investors!