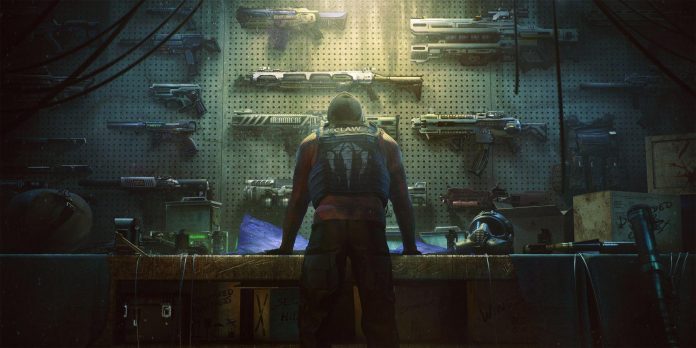 Last week, Midnight Society, a game development studio headed by YouTuber Dr Disrespect, announced that Deadrop is the name of its first game. Deadrop is a first—person shooter similar to Escape from Tarkov. Squads will go to a futuristic skyscraper, extract loot, fight with opposing squads and evacuate, while the loot drops out after death or is postponed to the next round. Deadrop is at an early stage of development, but Dr Disrespect often talks about the game on YouTube. His latest revelation is the idea of the rating game Deadrop.

On a recent YouTube stream, Dr Disrespect mused aloud about the possibility of a rating mode in Deadrop. Of course, there is no rank mode for Deadrop yet, since the game has only been in development for a few months. But Dr Disrespect is already thinking about what the rank mode might look like. One of the key points for Dr Disrespect is the idea of ranking in a “separate structure” compared to standard Deadrop rounds.

RELATED: Dr Disrespect May Take a Break from YouTube

The idea that Dr Disrespect puts forward is not necessarily to separate players with lower skills from players with higher skills, or even to deny access to another area of the game to those who do not have a high enough rating. In fact, the opposite is true, since Dr Disrespect offers the idea of a zone open to all players, but with higher stakes, to which more experienced players will be attracted. “Perhaps the objects there have a different value system,” is how Dr. Disrespect characterizes this other structure.

On the one hand, the idea of Dr Disrespect is certainly intriguing. High-level players will feel more confident entering this more complex structure, while less experienced players will stick to the starting area where they can gain experience and earn less important loot. On the other hand, one has to wonder whether this design choice serves more Midnight Society’s monetization goals — its plans for NFT.

Even after six months of development, Midnight Society made it clear that Deadrop would actively integrate NFT and blockchain. The company plans to allow players to freely trade in-game items on its own NFT trading platform. It should be easy to see how a “high-level” area similar to rating mode could prove profitable in this light. Rarer and more expensive NFTs could fill this area, attracting more experienced players to it just because of the revenue opportunity.

Obviously, there is still a lot to be said about Midnight Society’s plans for Deadrop, both in terms of game design and NFT monetization. Skepticism around the project and Dr Disrespect’s involvement remains high, but few would disagree that more competitive online multiplayer games are generally beneficial to the industry.

Deaddrop is currently in development.

The star of Aquaman has announced new project!