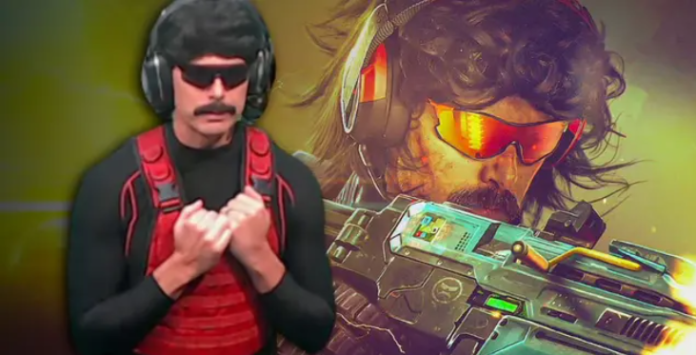 The streamer has been quite critical of YouTube ever since he moved the Champions Club to his platform after the mysterious Twitch ban in 2020.

In the past, he has criticized its chat, clip and gift features. Literally in May of this year, he said that YouTube Gaming does not support him “one iota” after he publicly unsubscribed from them.

It has always been in his nature to express his opinion when the live broadcast button flashes — in fact, this is what many of his followers tune in to. Although recently many have been following the development of his upcoming game Deadrop.

When the cameras started working, the regulars might have expected the usual performance they were used to seeing, but technical difficulties prevented it.

While the chat participants blamed Alex for the slow screen, Dr. Disrespect had other ideas.

“My name is Doctor… Dis… respect. Many of you click the “Refresh Stream” button, or F5, or say: “Is the flow complete?” I’m getting out of here.’

He didn’t stop there either.

The broadcast gave Dr Disrespect another chance to tell the Deadrop community about some of the announcements and changes that were made after Snapshot 2.

It is unclear whether the delay was caused by Dr Disrespect or the fault lies with YouTube, but one thing is for sure… Doc made a decision.