Home Entertainment Doyoung and Baekhyun premiere the MV for Doll, a heartbreak song 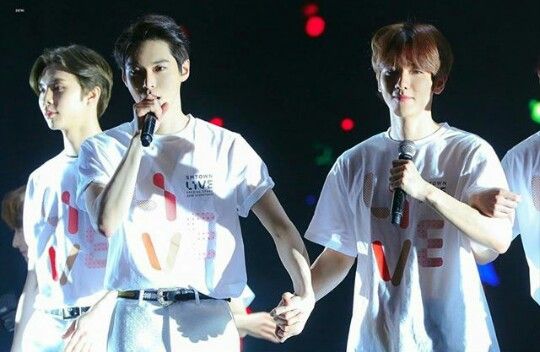 Two of NCT and EXO’s great vocalists decided to join their voices for a romantic spring cover titled “Doll.”

NCT’s Doyoung and EXO’s Baekhyun move their fans to tears with the MV for “Doll,” a heartbreak ballad that they premiered as part of the “Rewind: Blossom” music project.

The K-pop groups from agency SM Entertainment are on a temporary hiatus as their members focus on solo projects. The boys of NCT plan to make a comeback with each of their sub-units, as well as debuting new members. This is their second music release of the year after the Japanese album “Loveholic.”

Through Stone Music Entertainment’s official channel, NCT’s Doyoung and EXO’s Baekhyun premiered the official MV for “Doll”. The remake cover was inspired by the song composed by Kangta, one of the industry and agency SM’s veteran soloists. The video already registers almost half a million views within hours of its premiere.

This is Doyoung’s second project , the idol also debuted as an actor with the third season of Café Midnight: The Curious Stalker. The fantasy drama revolves around a student who arrives at a mysterious coffee shop where time and space have no limits. The NCT member managed to unite his voice with one of K-pop’s most praised vocalists.

DOYOUNG AND BAEKHUN PORTRAIT THE PAIN OF LOVE IN DOLL

Like a mini drama, Doll’s music video portrays the love story of a couple who share their feelings through music. The lyrics portray the pain of saying goodbye and forgetting a person who is gone.

With a vintage concept, the MV shows scenes of a girl who is alone at home while she spends her time lying on the sofa. She then appears in what appears to be a funeral or her ex-boyfriend’s old room where she finds a box with her old cassettes that she shared with her when they met.

The protagonist relives the memories of their romance as the lyrics describe the pain of forgetting him, trying to be okay, and feeling selfish for loving him by not letting go. Voices ofDoyoung and Baekhyun hit big high notes that embody the emotion and sadness of the song.

NCTzen showed their support on social media and expressed their excitement that he could work with one of his labelmates. Both have great talent as vocalists within NCT and EXO, showing their great chemistry through this ballad that makes more than one cry.

In addition to music, the NCT guys showed their best modeling side during a shoot for Men’s Non No Magazine.