Home Entertainment Downton Abbey: Every scandal in the Dowager Countess’ past 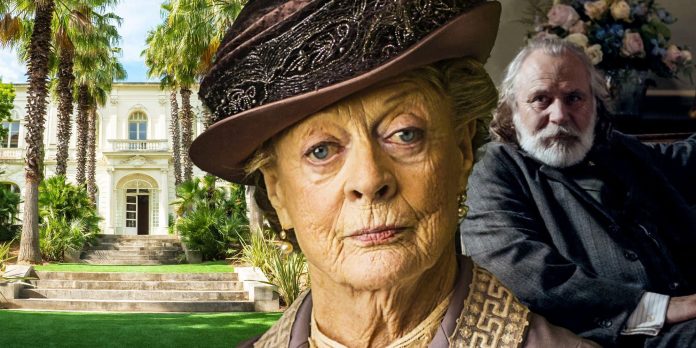 Attention: SPOILERS for the movie “Downton Abbey: A New Era”

Lady Violet Crowley (Maggie Smith) revealed another part of her “scandalous past” in “Downton Abbey: A New Era,” and the Dowager Countess actually lived a wonderful life littered with scandals that she endured. Of course, Lady Violet passed away at the end of the “New Era” after she was diagnosed with an incurable disease in the 2019 film Downton Abbey. The great Old Lady from Downton Abbey is fondly remembered and loved by her family and servants, who have learned that Lady Violet has her share of secrets that she hides behind her prickly and intimidating behavior.

When the construction of “Downton Abbey” began in April 1912, Lady Violet was already an elderly dowager Countess, since her son, Robert Crawley, the sixth Earl of Grantham (Hugh Bonneville), was in charge of Downton Abbey. Lady Violet was proudly considered an “Edwardian”, personifying the previous era, and the dowager Countess did not like the numerous radical changes in Downton, from the installation of the phone to the choice that her granddaughters made in order to get married. Violet’s opponent was Isobel Crowley, later Lady Isobel Merton (Penelope Wilton), who was the mother of Matthew Crowley (Dan Stevens), the former heir to Downton and the late husband of Lady Mary (Michelle Dockery). Isobel was more progressive than Violet, and their witty arguments were always the highlight of Downton Abbey.

Thanks to Maggie Smith delivering endless witticisms and sarcastic funny dialogues written by the creator of “Downton Abbey” Julian Fellowes, Lady Violet may have become the most popular character of “Downton Abbey”, and her presence in the ongoing film franchise will be greatly missed. The Dowager Countess was so prim and proper, but gradually throughout the series and the Downton Abbey films, the fact that Lady Violet was actually just as prone to trouble in her youth as her granddaughters makes her life story even more fascinating. Here are all the famous scandals in Lady Violet’s life before and during “Downton Abbey”.

Downton Abbey: The Lady Violet scandal from the New Era is actually the earliest known. In 1864, while on vacation in the south of France, Lady Violet and the Marquis de Montmirail fall in love with each other. Although she kept it a secret for decades, Violet insists that “nothing happened” between them during the week they shared each other’s company, but the Marquis fell in love with Violet, who returned home to Downton Abbey with her husband Patrick Crowley. The Marquis remained in love with Violet for the rest of his life, and his wife, Madame Montmirail (Natalie Baillieu), knew about it and was outraged.

Lady Violet almost ran away with Prince Igor Kuragin (Rada Serbegia) in 1874. When Violet and Patrick Crowley were guests at the Winter Palace in Russia, she and Prince Kuragin fell madly in love with each other. They were going to run away together and almost got to his yacht when they were stopped by Prince Kuragin’s wife. Violet was sent back to her husband. Later, the dowager Countess confessed to Isobel that she was ready to end her marriage for the prince if Kuragin’s wife had not put an end to their romance. Then Violet was a “different person” who was “in love with love”, and this was due to the fact that there was no passion in her marriage with Patrick. In the fifth season of Downton Abbey, Lady Violet met Prince Kuragin again after he was exiled from Russia and moved to England.

The reason why Robert Crowley married Cora Levinson (Elizabeth McGovern) was mentioned several times in the TV series “Downton Abbey” and again in “New Era”. Robert, who did not love Cora as much as she loved him, was forced to marry a rich American heiress because of her money, because Lady Violet’s husband, Patrick Crowley, lost the family fortune due to poor business management. Cora’s fortune was linked to the Crawley family estate as part of her prenuptial agreement with Robert when they married in 1890.

It Takes Two and the formula Josef Fares