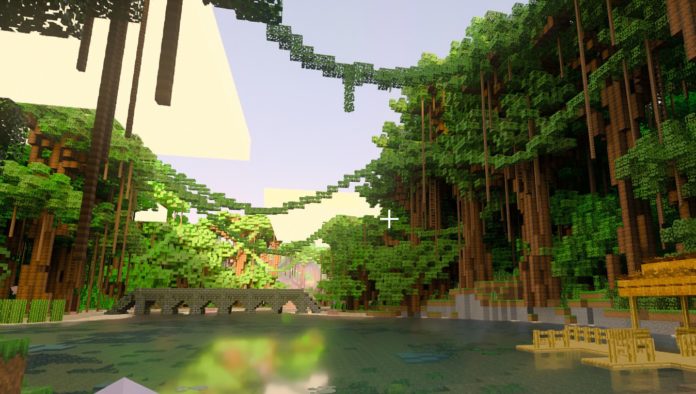 For Minecraft, which has been with us for over 10 years, a beta with a new taste has been released to the old village. The game, which has never attracted attention with its visuality, has become dazzling with the Minecraft RTX beta. We also answer questions such as how to download Minecraft RTX beta and what’s new.

Minecraft RTX has been anticipated by gamers ever since E3 was announced in 2019. On April 16, 2020, this wait came to an end, and the beta was presented to the players’ experience. Of course, we should also remind you that beta can only be played by computer users.

Minecraft RTX beta minimum system requirements:
Video card: NVIDIA GeForce RTX 2060 or better
Processor: Intel Core i5, equivalent or better
Memory: 8 GB or more
Storage: 2 GB available storage
Operating system: Windows 10 64 bit
How to install Minecraft RTX beta?
First you need to have the Windows version of the Minecraft game.
Then install the “Xbox Insider Hub” app from the Microsoft Store.
Launch the Xbox Insider Hub app.
Click on the “Insider content” tab on the left.
Click “Minecraft for Windows 10” on the page that opens.
Click the “Join” button at the bottom left.
You will have to accept the user agreement.
After the contract phase, click on the “Manage” button.
Check the Minecraft option for Windows 10 RTX Beta and press “Done”.

The most striking innovation brought by Minecraft RTX is affecting the lighting side thanks to the new beam tracking technology. In a game where the sun constantly changes angle, like Minecraft, the contact of rays with different blocks from different angles changes the appearance of the game.

The same goes for light-emitting blocks. Some blocks added to the game with lava, lightstone, fire and RTX beta illuminate their surroundings in the most realistic way thanks to ray tracking technology. Especially its effect on the surfaces is dazzling.

Speaking of surfaces, the feature of reflection will be introduced in the future. Just like in real life, the surfaces in the game will reflect the image if it is made of a reflecting material. Including water and glass on these surfaces. You can see the differences we mentioned in the video above and the images we shared.

Minecraft RTX beta was also one of the first games to use NVIDIA’s DLSS 2.0 technology. A technology developed by DLSS NVIDIA that enables higher resolution textures with the use of artificial intelligence while at the same time providing higher performance from games.

The change Minecraft has experienced with ray tracing is incredible. However, it should be kept in mind that there is no pedestal that beam tracking technology will carry every game up a few shirts as it does to Minecraft. Minecraft is already especially lighting, and since the visual side is a weak game, when the ray tracing is added, there is a difference in the gap size.

Here we come to the end of our article about how you can download the Minecraft RTX beta version where Minecraft meets the ray tracing feature and what innovations it brings. If you have experienced the new version so far, you can share your ideas in the comments section.

How to connect a wireless network adapter to access Wi-Fi

Tips for collecting a player computer