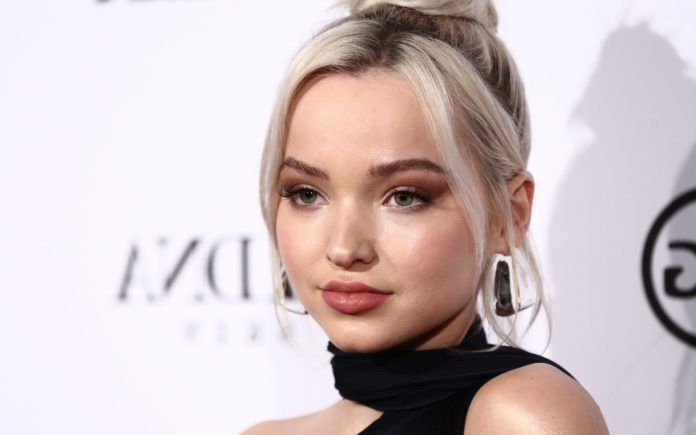 Dove Cameron worries that the world lacks humanity. The actress interrupted her break away from the networks to give an important message.

The actress expressed her discomfort after seeing a series of tweets with attacks on Greta Thunberg, a fact that led her to express how sick the state we are in makes her feel , where apparently inhumanity abounds.

The actress had recently announced on her Twitter account that she would stay away from social networks because the media in general was aggravating her anxiety and depression, in addition to her eyes seemed to be quite sensitive, so she would try to use less your cellphone.

Dove’s rest was short-lived , as he found a story that made her enraged. These are some tweets where it is reported that someone created a sticker with the image of Greta Thunberg, the young Swedish-born activist. In this sticker Greta is violently attacked, however that was not all, since later an oil company decided to use that image as part of its promotional products.

The voice began to run and Dove did not hesitate to share in her Instagram stories some screenshots of the news , accompanying one of her stories, the actress added ‘I get sick’, and then add a couple more stories where she said ‘I feel sick , with the absolute inhumanity in the political and social landscape. Where was the basic human decency ?, or at least sanity. Something has gone terribly wrong. ‘

The actress expressed her support for Greta and also hopes to have caused some reflection in those who follow her , because in a world full of violence and injustice, the least we should do is not applaud those who promote her.

What will reveal about Kate in season 5 of the drama

Mejiwoo announced that she will marry soon

7 Baekhyun Quotes That Will Make You Suck With Love

Chiquis Rivera returns to Instagram, showing himself in bed

With futuristic costumes, Fey turns around

True Colors of Insects That Lived 99 Million Years Ago

Photographs of Lady Covid and the fiery ban