Home News Double Patty, the romance and motivation you need in a movie 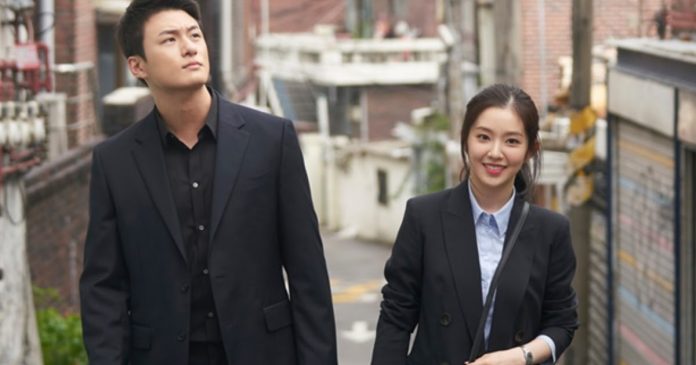 Red Velvet’s leader to make her film debut, Double Patty will catch you with an inspiring story and a dose of love

The premiere of Double Patty is getting closer and closer and expectations for this film continue to rise. Here’s what we can expect from the story starring Red Velvet’s Irene.

The film introduces us to a girl who dreams of becoming a television host, she is Lee Hyun Ji . To continue working on building her desired future, she must give the best of herself, so she simultaneously takes other jobs that allow her to pay for her expenses.

Hyun Ji works as a babysitter and also in a hamburger restaurant, so she often faces difficult times due to exhaustion and desperation for not getting where she wants to be yet.

The film shows us the tireless struggle implicit in the pursuit of dreams, so it will also be a motivation for you to set goals for the future and not give up despite difficulties.

ROMANCE WILL TAKE OVER YOUR SCREEN WITH DOUBLE PATTY

Kang Woo Ram is a sportsman who practices a Korean fighting technique known as ssireum, he is talented and determined, but some situations led him to lose his way. He becomes a constant visitor at the restaurant where Hyun Ji works , so they get to know each other well and create a special bond.

The love in this movie not only shows us a joy for the protagonists, but also how mutual support can be a powerful weapon to cope with falls and get back up again.

The Double Patty story recounts the importance and impact of having someone by your side who believes in you and shares both good and bad times.

BTS FESTA 2020: Anniversary is celebrated by ARMY from around the...

Married at First Sight: Sam and Serkan are expecting a baby