Home Science The double-faced cat in the US dies 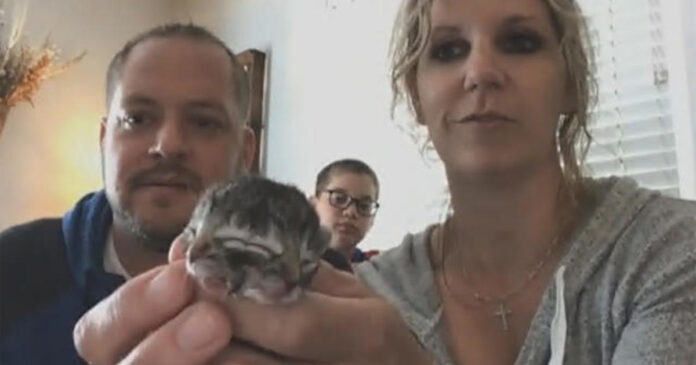 A double-faced cat was born in the U.S. recently. The cat named Biscuits could only live for 4 days because it had two faces. The family looking after the cat announced that Biscuits lost his life, although everything went well at first.

A cat born in the U.S. in the past days has been on the agenda of social media with its interesting appearance. The photos and videos of the cat with two faces on his head quickly reached thousands of people on social media.

On May 20 in Albany, Oregon, USA, a female cat and 6 kittens were born. One of the cats born had two faces due to a birth defect. The kitten, which had two faces in front of a single head, had two mouths, two noses and four eyes. The King family, who looked after the cat, explained that Biscuits could eat and meow with both faces.

The veterinarian, who checked the Biscuits born with his five siblings, announced that the kitten was extremely healthy. The King family also announced on the post they made on Facebook that the kittens ate too much and made too many toilets.

Biscuits could not continue to live, although he looked quite healthy after his birth. The King family announced that they died 4 days after the birth of the double-faced kittens they named Biscuits with a new sharing.

The cats born with two faces are defined as Janus cats based on the time god Janus, who is believed to have two faces of Ancient Rome looking to the past and the future. Cats born with two faces due to a rare birth defect usually cannot live more than a few days. However, a double-faced cat named Frank and Louie previously lived for 15 years. Frank and Louie managed to enter the Guinness World Records Book with their long lives compared to double-faced cats.

Scientists Have Developed Screens That Can Be Rolled Like Paper