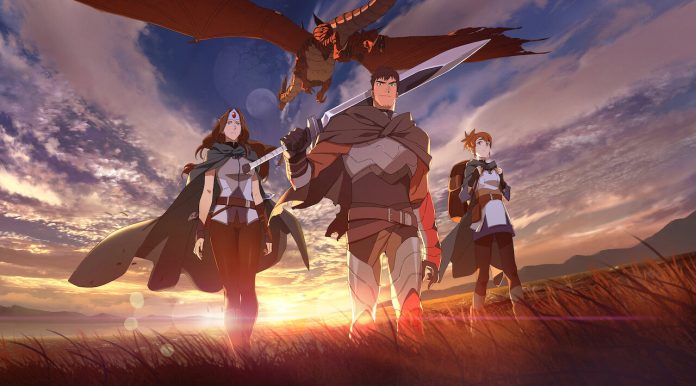 Good news came to those who loved the project carried out in partnership with Valve and Netflix.

The good news came from Dota’s official Twitter account. The company said, “The second book is coming. Season two of Dota: Dragon’s Blood is under construction. ” made the explanation. However, Valve has not shared any other information about the season that is still under construction.

Book 2 is coming! The second season of DOTA: Dragon's Blood is in the works.

While you wait, revisit the story of the tournament that started it all — FREE TO PLAY is now available on @netflix with an updated end credit sequence. pic.twitter.com/CINeVNlheM

Created by Valve and Netflix, the Dota: Dragon’s Blood is produced by Ashley Miller, best known for her work on Thor and X-Men: First Class. The project is being shot by Studio MIR, a South Korean animation studio we know from productions like The Legend of Korra, Young Justice: Outsiders and Netflix original series Voltron: Legendary Defender.

Dota: Dragon’s Blood tells about the adventures of Davion, the dragon knight, whose mind is in the air. Davion must use his dragon power to stop a deadly demon, and he faces many challenges along the way. Mirana and Marci accompany him on this adventure.

Other game adaptations are on the way

Dota: Dragon’s Blood is one of the many productions that have been turned into TV series and movies recently. Production companies want to gain more viewers by taking advantage of the popularity of the games. For example, Sony and HBO are working on the PlayStation exclusive game, The Last of US. The series is produced by Neil Druckmann, the creator of the game series, and Craig Mazin, the creator of the Chernobyl series. Pedro Pascal, who we know from the TV series Game of Thrones, Narcos and The Mandalorian, will give life to the character of Joel, according to a recent statement. Bella Ramsey, also known from Game of Thrones, will accompany her as Ellie.

So what are your thoughts on productions adapted from games? You can share your views on this issue with us in the comments.