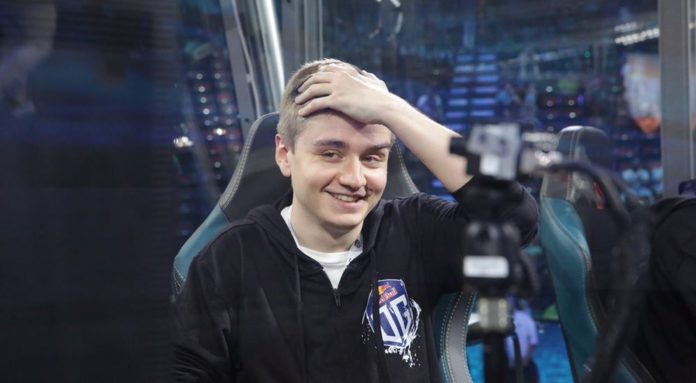 Twitch, which is one of the addresses where online game broadcasts are made, continues to strictly follow the rules set for publishers. The platform, which has come up with ban events in the past, has banned Dota 2 world champion n0tail (Johan Sundstein) for using homophobic language.

The development of the game world in recent years has contributed to the spread of broadcast platforms such as Twitch. The platform, which is home to famous broadcasters around the world, has lost its leading publishers like Ninja, but is still the leader in this field. The broadcasting platform, which has been frequently criticized by users and publishers about ‘ban’, has recently come up with a ban event.

Professional Dota 2 player n0tail, who has previously won twice Dota 2 International, is in the lead role in Twitch’s latest ban event. Twenty non-periodically on Twitch n0tail who has more than 100,000 followers, was banned on Twitch without any official announcement right after his broadcast on the evening of 25 December. While the followers of n0tail were surprised by the situation, the famous publisher has not yet made a statement.

The reason for the Ban incident is shown as the homophobic language used by n0tail:
Watching n0tail’s Wehsing ‘SingSing’ Yuen and Janne ‘Gorgc’ Stefanovski broadcast on the evening of December 25, the audience said the player made some homophobic statements on the championship selection screen. Since the rules of broadcast platforms such as Twitch include the rule of avoiding such discourse, the reason for eating n0tail is likely to be explained as these discourses.

It is not yet clear how long n0tail has been banned, so it is necessary to wait for a statement from Twitch or the famous publisher to make all the details clear. Twitch, strictly enforcing the rules, as it is known, in these cases, operates 3 violation rules. This means that n0tail can permanently eat from the platform if there are 2 more rules violations since this is the first violation. The winner of the tournaments he has participated in during his career has won $ 6,890,591 and has the title of world champion.