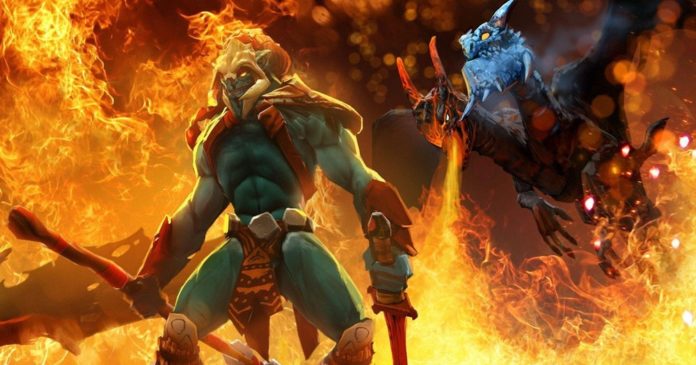 DotA Mod Skin is a customization app for Valve’s DotA 2, MOBA available for download on PC (via Steam). The program promises to modify the look of the game in several ways, changing the graphics files of the game. Although it does not guarantee any extra advantage for those who use the Mod, it is necessary to be aware of the risks of downloading the program. Check out everything about DotA Mod Skin and the risks of installing the application below.

What is DotA Mod Skin?
Mod Skin is a program that modifies the DotA 2 files, allowing new graphic details to be introduced in the game. You can insert unofficial hero skins, new terrain and skill effects, item icons, and even new loading screens. At first, the feature does not guarantee any undue advantage for users. There are several types of changes that can be made to the look of the game, which are created by MOBA players.

But because it is a program created by third parties, which has nothing to do with the game’s developer, great care is needed before downloading this type of application. There are several sites with advertisements for mods for DotA 2 that promise to change the graphics, but can be scams. Therefore, it is always a good idea to look for user reports about the program before downloading.

Is download allowed by Valve?
Under Valve rules, installation of any third party software that modifies game files and gives players undue advantages is prohibited. Mod Skin does not modify any aspect of the game’s gameplay that gives advantages in the gameplay. Still, there is no mention in the program rules that just visually alter the game.

But DotA 2 is subject to the Valve Anti-Cheat System (VAC), an anti-hack system that automatically bans users if it detects any type of alteration in the game files. Although there are few reports from players about Mod Skin being detected by VAC, this is a possibility that should be taken into account. According to Steam support, it is not possible to appeal VAC bans, that is, they are permanent.

What are the risks?
Because it is a program created by a third party, make sure you are downloading the program from a trusted source. Look for the name of the site or program in the game forums to check reports from users who used the Mod. In addition, it is important to mention that Mod Skin modifies the game’s configuration and visual files. Thus, it is possible that the game files are corrupted, or that the graphics become strange.