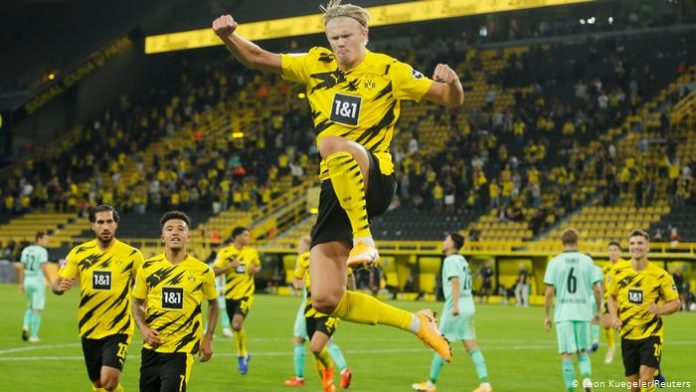 Borussia Dortmund found its way back to success on matchday 14 of the Bundesliga. BVB defeated VfL Wolfsburg 2-0 at home and climbed to fourth place in the table in the Champions League.

Well-pressed Wolfsburg initially presented BVB with some problems. Hummels (6th) threw himself into a shot by Gerhardt and prevented the deficit. On Dortmund side, Reus (10th) had the first chance, but failed because of Casteels. But the black and yellow didn’t really get to operating temperature until stoppage time in the first half: First Sancho moved free-standing (45th + 2), then Reus checked Casteels again, this time with a free kick (45th + 4).

Even after the break it was an even game. The recovered Haaland had the lead on the foot (53.), but Castelles was again on the post. On the other hand, Weghorst headed just past a cross from Otavio from seven meters (55th).

Dortmund finally redeemed a standard: Akanji stood completely free at a corner of Sancho and nodded off. A little later Akanji could have increased, but headed just wide after a Casteels mistake (70th). In the final phase, the guests no longer embarrassed BVB, instead Sancho made everything clear in stoppage time.