Home Entertainment Dorodere Ladies: The most frightening girls in anime 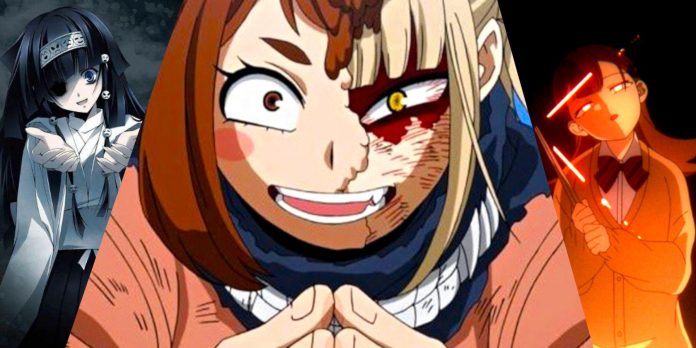 There is rarely an anime that does not depict some type of “Dere” character, who is instantly recognized by his deep passion and generally cute characters. Dorodere (also spelled Doredere) takes this trope one step further by predicting what love might look like from a psychopathic point of view. Usually a rather unstable character, Dorodere can be especially intimidating as their idea of love is distorted in their heads.

There are some differences of opinion regarding the threat status of the Doredere characters. Some fans believe that the danger coming from Dorordere is internal in nature, since their sinister and cruel thoughts are not realized. Others, however, are more inclined to believe that these characters are quite capable of causing physical harm to those they desire, since the boundaries between love and hate are constantly being erased.

The difference between Dorodere and Yandere

The image of Yandere is quite popular in anime, and at first glance it seems that it follows the same basic structure as Dorodere. However, there is a huge difference between these two personality types.

Although they are generally considered to be very cute and endearing characters, both Dorodere and Yandere bring their infatuation to the level of unhealthy obsession, and both of them are also potentially dangerous to others. Yandere, however, will only create problems for those who get in the way of their love story, whereas Dorodere may end up hurting (or thinking about hurting) the one they love.

As one of the most classic examples of Dorodere, Himiko Toga ranks first on the list. As one of the most sadistic members of the Vanguard squad of the League of Villains, Himiko has a strange obsession with blood and for some reason connects love with violence in her head. According to Himiko, sucking blood from the body of a loved one is equivalent to a gentle kiss. So, naturally, she needs to cut those who arouse her interest in order to adequately show her affection.

A clear demonstration of her mental instability can be seen in her relationship with Izuku Midoriya, whom she first meets in episode 54. to express his feelings, and instead goes straight to the blood.

Although Ren Yamai is officially classified as a yandere in “Komi does not know how to communicate”, some fans believe that she demonstrates sufficient potential for development in doroder. Ren is completely infatuated with Shoto Komi and threatens anyone who competes for the attention of the Class Goddess, instantly turning from “cute and innocent” into scary and frightening. However, Ren’s lustful actions cause strong vibrations of sexual violence, as she constantly imposes her feelings on the dissenting Comey.

In “It’s Just a Pool,” Ren shamelessly crosses boundaries, trying to look into Comey’s naked body, and even struggles to cope with the feeling before luring Comey on a shopping trip, away from watchful eyes. In the manga, Ren goes so far as to try to mend relations with Komi, holding a knife in his hands; the threat was never expressed, but was clearly implied. At the moment, she may not have malicious intentions towards Komi, but a repeated refusal can cause strong hostility from an already unstable girl, possibly putting safety (and virtue) at stake Komi.

Due to unknown circumstances, complications arose during the birth of Alluka Zoldik, and subsequently she was possessed by a demon, which is why her family ostracized her. The evil entity, Nanika, has become an alternate personality who wreaks havoc whenever she holds the reins of Alluka’s body. According to the Zoldik family, Alluka more than deserves the title of Dorodere, because Nanika is deadly and it is impossible to argue with her, but her relationship with Killua suggests the opposite.

In his family, Alluka is not even considered a person, let alone the ability to possess emotions. However, Kullia refuses to believe Zoldik’s propaganda and is the only one who bothers to get to know her sister. It turns out that Alluka has no sinister intentions, and any damage that Nanika could cause is due to the fact that other people abuse her powers and have to deal with the magical consequences of wish fulfillment deals made in Hunter X Hunter.

On the other hand, it would not be entirely wrong to classify Chi-Chi and Bulma as Dorodere, since these human ladies are capable of scaring their incredibly powerful Saiyan husbands.