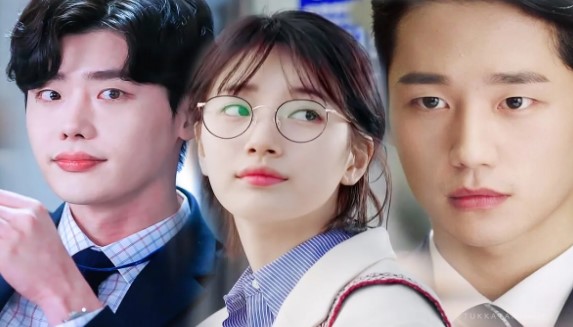 Looking for a new drama to watch today? These stories have a bit of everything: dreams, justice and even fantasy; but one detail that makes them special is that in all of them you will find teams of three friends who come together on a mission.

Although K-Dramas usually follow the stories of the protagonists, the plot leads us to know a lot about their context. From his occupation, his past and in many cases even his friends, which makes the episodes even more entertaining.

Although the friendships we see in dramas are not always part of the main story, there are some cases where the union of the characters is vital for the direction the plot will take and that is just what distinguishes the Korean series that we recommend today. .

Next you will learn stories where three characters joined forces to fulfill an important objective, sometimes they are friends who are already close, other times they barely know each other and in particular cases they even seem to get along badly, but in the end their work together will make a difference .

While You Were Sleeping

Hong Joo has a peculiar ability to see fragments of the future, especially when it comes to tragedies, so unable to avoid them, he decided to quit his job as a journalist and now tries to lead a quiet life. One day an accident leads her to meet a young prosecutor, who also acquires this talent and her team is joined by a police officer.

My Roommate is a Gumiho

Shin Woo Yeon is a gumiho who has lived for years among humans, he is collecting energy in a small one while using his human form, because that will lead him to stop being a fantastic creature and allow him to lead a normal life. One day the pearl falls into the hands of a young student who appears in front of him. This girl not only has a fun personality, we will also see her with her two inseparable friends.

Kim Bok Joo is a student who attends a university specialized in sports, she is a weightlifter who dreams of representing her country in competitions and winning a medal. She, together with her two best friends, will show that they don’t need to meet the expectations of others to be successful and happy, but they will also give you lots of fun.

Seo Dal Mi wants to start her own business so she begins to prepare with the help of specialists as she learns about the path she should take. It is there that she meets a boy named Nam Do San whom she thinks she knows from her childhood and with whom she instantly falls in love. Do San created a company called Samsan Tech which she runs together with two other guys just as bright as him.

Lee Gon is the ruler of the Kingdom of Korea, an alternate world to the one we know, his father was attacked when he was king and since then the culprit has been on the loose. Two realities will unite while trying to capture the traitor, but we will also see three brave and attractive boys who, although they do not always agree, have a great job that will lead them to victory.

It tells the story of three friends who have been inseparable for years, now all of them are about to turn forty but in their lives there are difficulties and unexpected moments, everything will change when they receive news that fills them with concern.

We also tell you some curious facts about Song Hye Kyo so that you can learn about her career as an actress.