Home Entertainment DOOM Eternal: the Ancient Gods Part 2 Now Has a Date on... 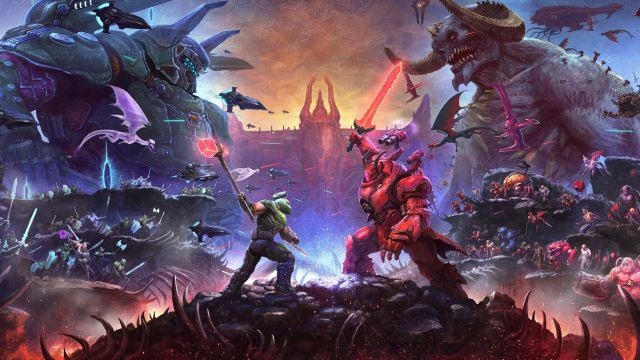 DOOM Eternal: The second part of the standalone expansion will be available in the Kyoto Hybrid this August.It’s been a long time ago, but DOOM Eternal on Nintendo Switch will soon be getting the second and final big story content. The Ancient Gods Part 2 has already been available on other platforms for some time, but in the case of the Kyoto machine, the company that is in charge of the port (Panic Button) needed to adapt the product so that it would work well on the console of the Japanese. Through social networks, id Software and Bethesda have announced that the DLC will go on sale on August 26.

“You denied the gods and awakened an ancient evil. Your war against Hell ends here. The Ancient Gods: Part 2 is coming to Nintendo Switch on August 26 ”, confirms the developer. The expansion can be purchased directly from the Nintendo eShop or through digital store codes.

How much space does it occupy?

On the FAQ page, the publisher confirms that players will need to free up 29 GB of memory in order to install content normally: “A microSD card (sold separately) is required with at least 3 GB of space. free to download this game, plus 26 GB of space in system memory ”. Of course, they point out that these requirements may change when the title goes on sale or later.

DOOM Eternal is the latest installment in id Software’s shooter series. In addition to Nintendo Switch, it is available on PS4, Xbox One, PC, and Google Stadia. As if that weren’t enough, the studio has optimized the product for the new generation of consoles, offering improved graphics and performance on Xbox Series X, Xbox Series S and PS5. Xbox Game Pass subscribers can access the game, as Microsoft’s purchase of Bethesda began introducing company titles to the service.