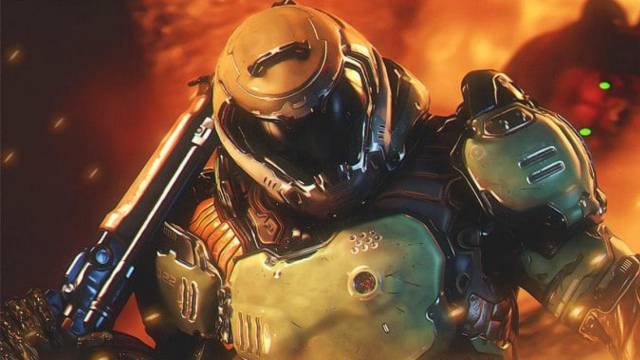 DOOM Eternal: The new Game Ready driver adds support for both DOOM Eternal and Rust and LEGO Builder’s Journey, improving its graphical fidelity. NVIDIA has announced that its latest GeForce Game Ready driver will offer support for RTX technologies in more games starting this June. This update will make it easier for works such as DOOM Eternal, Rust or LEGO Builder’s Journey to improve their graphical fidelity and performance with reduced latency thanks to techniques such as the famous DLSS (deep learning supersampling).

Specifically, LEGO Builder’s Journey has been updated this June 22 with DLSS and ray tracing; For its part, the imposing DOOM Eternal does the same on June 29 with an update in its PC version that will improve image quality and performance thanks to NVIDIA DLSS. Finally, Rust will be updated on July 1.

Id Software’s idTech graphics engine will be enhanced by adding ray tracing reflections and improving performance with NVIDIA DLSS. It thus becomes one of the pioneering AAA video games when it comes to adapting what is considered one of the techniques of the future; mainly because less powerful equipment will be able to offer higher quality images even if they are executed in reduced resolutions.

“DOOM Eternal was created to deliver the best in engaging first-person shooter, with stunning visuals and uncompromising performance. With the addition of ray tracing to idTech and support for NVIDIA DLSS, we’re pushing the engine in exciting new ways and can’t wait for GeForce RTX gamers to experience it, ”said Marty Stratton, studio director, id Software. , on the occasion of the announcement.

Finally, the NVIDIA Game Ready Driver for DOOM Eternal and LEGO Builder’s Journey adds more features that are worth noting. On the one hand, one-click HDR screenshot for all GeForce Experience compatible games; on the other, a new sharpening filter for Freestyle. Also, FPS counter, something that users had demanded; finally, one-click automatic GPU tuning.

Supernatural: The worst episode of all the seasons of the series...

Splatoon 3: How to Use Amiibo; What it Does Actually ?