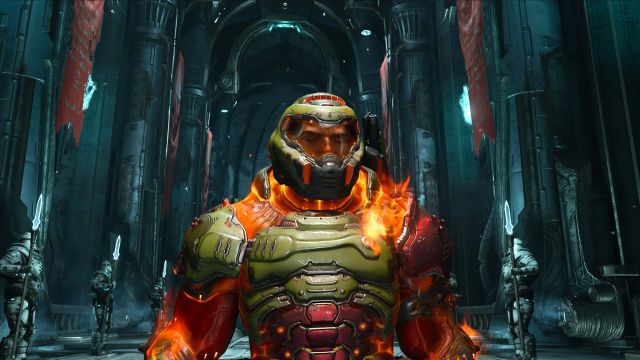 DOOM Eternal: The game, which has been shown how it looks in a new trailer, does not yet have a specific date for its update. DOOM Eternal’s journey has not culminated with the release of the second part of its standalone expansion. NVIDIA and id Software have announced that the game will be updated for free to take advantage of the technology of these graphics cards on PC. In this way, players will be able to enjoy ray tracing and DLSS from this same month of June, although a specific date has not been announced at the moment. Below you can see his new trailer.

“DOOM Eternal has been built to deliver the best fps experience, stunning graphics, and great performance,” said Marty Stratton, studio director at id Software. “With the introduction of ray tracing to idTech and support for NVIDIA DLSS, we are propelling the engine onto exciting paths. We can’t wait for GeForce RTX gamers to experience it. ”

The future of id Software and Bethesda

DOOM Eternal is the sequel to the 2016 game, a title that was released on PS4, Xbox One, Nintendo Switch, Google Stadia, and PC. They also prepare an update for the new generation of consoles, that is, Xbox Series X, Xbox Series S and PS5. The developer confirmed that it will continue to update the product throughout this year 2021, so there is still a game for a while.

Microsoft’s purchase of Bethesda points to the possibility that many of the company’s sagas are exclusive to the Xbox ecosystem, which currently includes its consoles, PC and mobile devices through streaming. Both companies will share space in a joint conference that will take place next Sunday, June 13. E3 2021 and other side events such as Summer Game Fest will shape the future of Xbox Game Studios, which is also that of id Software.

Star Wars And The Fate Of Supreme Leader Snoke: What Does...