Home Tech Doom Eternal Developers were Astounded by a Player That Finished the Game... 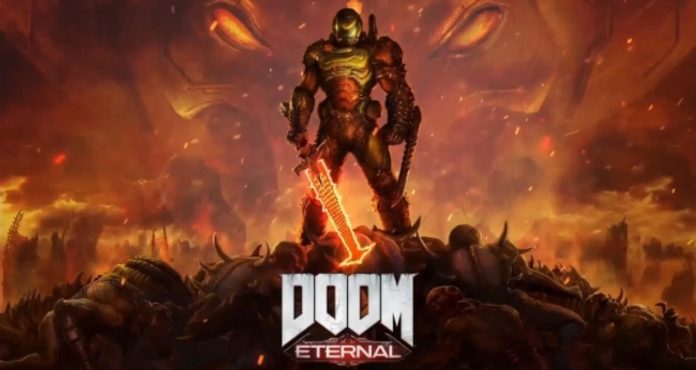 A user at Doom Eternal, which was released a month ago and was highly appreciated, finished in 27 minutes. The developers of the game watched the success of this player open-mouthed. Throughout the video, the developers also gave various tips on what’s in the game.

Published on March 20, 2020 for Windows, PlayStation 4, Stadia and Xbox One, Doom Eternal was praised for its graphics, level designs, music, and combat mechanics. With the release of the game, players who want to finish Doom Eternal as soon as possible discover the various gaps of the game, last week, a user named Xamide broke a difficult record to break with 27 minutes.

Coming together to watch this player’s fascinating performance, the developers of Doom Eternal, Executive Producer Marty Stratton, Director Hugo Martin, Chief Designer Jerry Keehan and Chief Game Programmer Evan Eubanks, with occasional confusion, occasional confusion and pleasure over the 27-minute video. They expressed their reaction to what they saw. Of course, Xamide made use of the game’s loopholes to bypass the sometimes expanding levels of Doom Eternal.

Here are the reactions of Doom Eternal developers to Xamadi’s enormous 27-minute performance:

While watching the video, the explanations made with a technical eye about what is going on in the game are very useful. For example, while Stratton asks exactly what ‘mouse scroll wheel bounce is, Eubanks says that in this process the splash is attached to the mouse scroll wheel and gives the character high speed when played at high frame numbers.

Indeed, Xamide plays in high frame numbers. Using the Vulcan setting of Doom Eternal, the player was getting 250 fps in the majority of the game. This helped him use some gaps throughout his game.

See Also
DOOM Eternal will continue to update this year

The developers say that many of these fast game finishes use similar gaps and it is impossible to prevent people from doing this. The makers of the game note that instead of taking pleasure in what is done, it is necessary. In the next DLC, they even consider adding Easter eggs that only fast players can find to Doom Eternal.

In Doom Eternal, 8 months after the events on Mars, evil forces are taking over the Earth and destroying 60 percent of the planet’s population. People who have not left the world are forming a resistance organization against the evil forces, and you are a ‘Doom Slider’ that takes action to quell these forces.