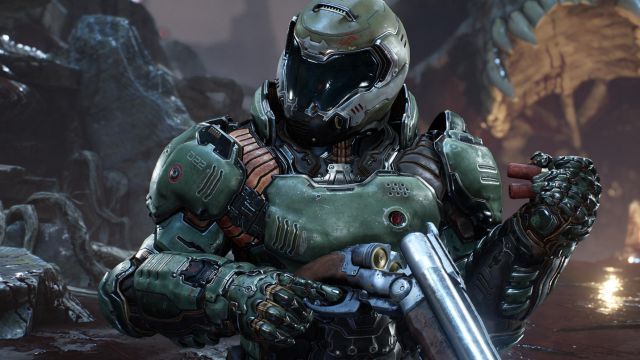 DOOM Eternal: After confirming that more than 20 games are coming to Xbox Game Pass, including DOOM 2016, the acclaimed DOOM Eternal will be patched soon.
DOOM Eternal will receive a free update to become a next generation video game. Microsoft has confirmed during the Xbox & Bethesda Games Showcase held at E3 2021 that a total of 10 more games from Bethesda’s catalog of classics are immediately joining Xbox Game Pass, including DOOM from 2016, but its sequel will not remain intact. .

The free DOOM Etertal update will be available on June 29 on Xbox Series X | S. This new next gen version will optimize the game’s graphics by adding technical improvements, higher performance to improve performance, ray tracing in 4K resolution at 60 FPS and a mode options to play at 120 FPS.

E3 2021 is here: everything we can expect and confirmed conferences

After the Summer Game Fest, it is the turn of E3 2021. The fair has not been face-to-face this year, but the ESA has opted for a completely digital organization where practically no major companies in the sector will be lacking. Saturday was the day chosen by Ubisoft to kick off with its Ubisoft Forward Games such as Far Cry 6, Avatar and Riders Republic have been three of the main protagonists of the event. In this video we summarize the conference in just two minutes; direct and at the foot.

This Sunday, for its part, it was Microsoft with the Xbox & Bethesda Games Showcase that has captured all eyes, a conference of which we have seen again Halo Infinite, Starfield and the rest of the games from the Xbox Game Studios studios . Same with Square Enix, where Guardians of the Galaxy has been the highlight of their event.

On Monday we will have a little more calm with Capcom and Take-Two, although we will surely have some surprises. On Tuesday, finally, Nintendo with Nintendo Direct. Will it be time to see the sequel to The Legend of Zelda: Breath of the Wild in style? We hope so, but we have no confirmation at this time. The broadcast will be at 18:00 (CEST).

The Skull and Bones Helmet has huge potential